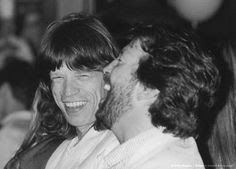 I start this with a sub-blog that I'll call,
'Legends with Laryngitis' thinking back to October 19, 2016. MK and I had flown into Las Vegas the day before like thousands of other Rolling Stones fans to see "the boys" at the new T-Mobile Arena. As luck would have it, Mick told reporters, "I've got bad laryngitis. I do apologize to everyone who bought tickets." You see, the Stones had just finished their gig at Desert Trip 2016 a.k.a. "Oldchella" where Mr. Jagger first picked up the tickle in the warm desert air. Unfortunately for us, that show was cancelled outright and not to be made up as the Stones were rolling along on their world tour, as I believe Foxborough, Mass. and then Germany were next up at the time.

Then, my birthday present from MK on March 25, 2017 and the Eric Clapton "short" tour at the LA Forum. Eric had just finished a two night engagement at Madison Square Garden and had developed SEVERE BRONCHITIS cancelling the LA shows and rescheduling for this past Wednesday, September 13, 2017. Well now, I'm starting to take this personally. 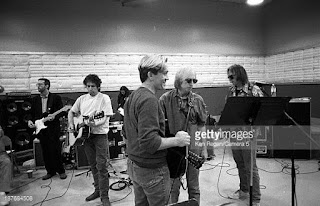 Next Legend, Tom Petty and the Heartbreakers, on August 19, 2017. Now third time's the charm as MK and I are crossing our fingers as Tom is on this massive 40th Anniversary Tour and we are praying to Clapton (is god) that the rock 'n' roll heavens can't do this laryngitis/bronchitis thing again to our bucket list plans. Well, the show happens on schedule! Tom and the Heartbreakers were absolutely fantastic and we had a wonderful time. Then a couple of days later I read this on my phone, “As Tom Petty heals from laryngitis and bronchitis, additional changes are required for the remainder of Tom Petty & The Heartbreakers’ Bay Area & Sacramento performances. We share this news with regret, but Tom’s doctor has advised Tom to take additional days off before performing."

What the... we just made that Safco Stadium show in Seattle by the skin of our teeth! Tom did make up those shows, but as Jerry Seinfeld said to Uncle Leo-


Jerry Seinfeld: C'mon, you're lucky to have anybody.

Uncle Leo: Last week you told me I was in my prime, I should be swinging.

Jerry Seinfeld: Swinging? What are you, out of your mind? Look at you, you're disgusting. You're bald, you're paunchy, all kinds of sounds are emanating from your body twenty-four hours a day. If there's a woman that can take your presence for more than ten consecutive seconds, you should hang on to her like grim death. Which is not far off, by the way.

So as of this writing, Mick, Eric and Tom are fine (I'm sure) but their touring days are indeed numbered. But as I write that line, I'm thinking of Mick as the 'energizer bunny' and maybe I still have a shot at the Stones.

And one last thing about laryngitis, or sounding that way. I saw this past week that Bob Dylan's going back out on tour again with his "Never Ending Tour." I miss Bob's voice, maybe a lesson for young singers/musicians not to smoke and mess with the most beautiful instrument you're born with. Smoking is like the lottery. You can be rarely lucky like Eric Clapton (who wonders why he is even still alive). He kept his singing voice while smoking his whole life (not to mention the drugs and alcohol), or you can sound like Joni Mitchell, Stephen Stills and Bob Dylan to name a few of my heroes after a lifetime of smoke. Sorry, the parent in me still sometimes comes out.

Now, let's get back to Eric and that September 13th make up show at the Fabulous Forum that MK and I just saw this past Wednesday.

Here's my smartphone shot as MK and I are seated center back, just up from the floor, thanks love. I'm using this picture to kick off Part II of Eric Clapton and if you missed my last week Monday Monday Music, here is the link to, Eric Clapton, Part I - god and hippy heaven. In Part I, I go into my youth (again?) and Clapton as the quintessential guitar god of my generation notwithstanding Jimi Hendrix, who died 47 years ago today at the young age of 27. Anyway, the show is billed as A Celebration of 50 Years of Music that goes back to Cream in 1967, and I couldn't wait to hear him do Sunshine of your Love as it's part of the setlist, and a little piece of my youth. Sadly, that didn't happen, as he cut it from the encore, but that's ok, I have it on this week's playlist from the Cream 2005 reunion at the Royal Albert Hall.

But, and I say "but" in a good way, Part II of Eric Clapton's story has a lot of acoustic guitar that he features heavily in the middle set of the show. These latest shows are actually a real blessing for the faithful as Eric's recent diagnosis of peripheral neuropathy puts a dark cloud out there. But you would never know, as technically his electric and acoustic playing were sensational and as I said, Eric still has his wonderful singing voice, if only slightly diminished in volume. For me, the highlight was Nobody Knows You When You're Down and Out from the 1992 Unplugged sessions. It's a song that speaks to all of us, but for Eric, after his heroin addiction and continued struggles with alcoholism for many years, divorces, and the tragic death of his 4 year old son, Mr. Clapton did indeed live the blues. All of this is covered in the upcoming Showtime documentary, Eric Clapton: Life in 12 Bars coming out in February, 2018.

I would agree with the NY Times review of the show in March, that the show was 'subdued.' The recent LA Times review is titled, Eric Clapton at the Forum: Was it dullness or was it bliss? I'm going to say both. If you grew up with Clapton, you felt that raw energy right there in the records, the way I feel about the opening act at last Wednesday's show, Gary Clark Jr. Gary just pulls you in with the power of his guitar and voice. This was my second time seeing Gary live, and I wanted more. For Eric, was it a great show? No, but a very good show. This was a performing goodbye and I thank him for the opportunity and bliss. And just remember back as Jack Bruce said at the end of the live Crossroads recording on Wheels of Fire, "Eric Clapton please." In this very long run, please there has been no one like him. Through rock, he became the most influential keeper of the blues for generations across the world through the airwaves and into our beating hearts.

Posted by Doug McIntosh at 7:19 AM