I have been working on this playlist for several months now as I've been adsorbing the wonderful music of 2016. I'm trying to avoid the very subjective word of Best and stay with an eclectic group of my favorite 50 songs which for the most part, probably gets little to no air play on the radio. The beautiful thing about services like YouTube, Amazon Music, Spotify and iTunes is that we get to make our own playlists and essentially make our own personalized radio these days.

Now I don't claim to have listened to every album recorded this past year, but I've listened to at least 50+ different albums as they were either released, or started to appear on lists like Rolling Stone, etc. If you follow Monday Monday Music, you're going to get a young and old mix of rock 'n roll, Blues and Americana music, so this list should sound familiar if not flipping fantastic!

With the wonderful world of YouTube, I usually can listen (and watch) an artist's entire new album of songs. This kind of gets me back to my roots of listening to entire albums and then naturally experiencing which songs will be short or long-term favorites.

Here is my short list of my top five favorite albums of 2016. 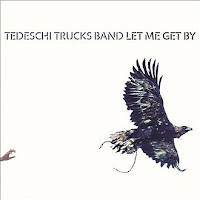 1. Tedeschi Trucks Band - Let Me Get By
This album didn't make any music critics list that I found, so I guess I'm doing something right or at least different. Derek Trucks is my current guitar hero (Gary Clark Jr. too). I got to see Susan, Derek and their wonderful band this year in San Diego and what a show! These guys have the old school rockin' blues full sound of, shall I say, Derek and the Dominoes or a Leon Russell ensemble. I start the playlist with the 2016 Anyhow song/video from Derek Trucks and the band. I end the playlist with Derek Trucks playing with Eric Clapton in 2007 in the 2016 release of Eric Clapton Live in San Diego! 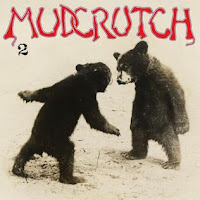 2. Mudcrutch 2
If you love Tom Petty and the Heartbreakers with a twist of old school country rock, welcome back to 1970. Mudcrutch is the early terrible name for the original Tom Petty band before the Heartbreakers. Tom brings together the original line up with all the band members that started together in Gainesville, Florida. This is a fantastic album with the best album cover of 2016!

Also, If you love Tom Petty and are doing some holiday couch surfing, catch - Runnin' Down a Dream (4 hour Documentary) on Netflix. 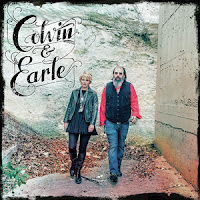 3. Colvin and Earle - When two of your favorite musician's get together and make an album, you want it to be as good as this album. I wasn't disappointed and the first time I heard it, (thanks Ken Forman) I couldn't believe how all the originals and covers sounded. This is an Americana dream album made in heaven, well probably, somewhere around Tennessee. 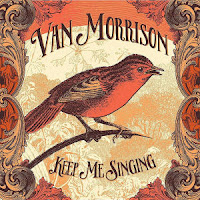 4. Van Morrison - Keep Me Singing
Again, the first time I heard this album, I keep saying to myself, that's a really good song, hey that's a good song too, on and on. Let It Rhyme is as fine a song as Van Morrison has ever written. This album is so well-crafted as the master continues to produce a batch of fresh songs. 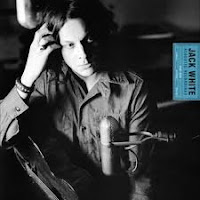 5. Jack White - Acoustic Recordings 1998–2016
Jack is one of those musicians that just grow on you. So what better album to get as your first Jack White than this one. I just loved how Jack White strips everything down to the raw essential heart of the matter. His song writing and playing is pure storytelling in the finest tradition. We're Going to Be Friends is in my opinion, one of the purest songs ever written and he delivers it here in singular clarity.

Go buy this album, hell go buy all five of these albums.

Okay, now that was just the warm up. From good albums, come really good songs. I've picked my favorite 50 from 2016 to share with you today.

Happy New Year!!! I'll be back in 2017 on consecutive or random Mondays, whatever strikes me to put something down in this little blog. Enjoy my friends.