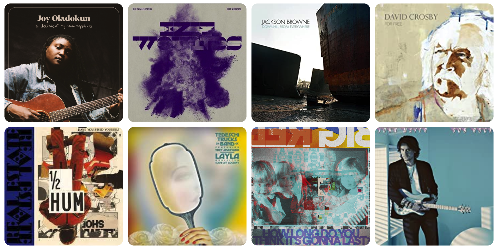 I've paddled upstream where the river ran
I've touched sticks and stones to an olive branch
I've made a full house from a shitty hand
Yet, here I am, still gotta be bigger than the bigger man
The Bigger Man, Joy Oladokum 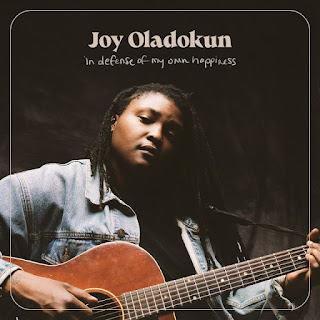 When I start putting together my now end of the month feature #NewMusicMonday, I'm searching and listening for songs that grab me.
When I came across Joy Oladokum's new album, in defense of my own happiness I just kind of instinctively knew from the title that there was going to be some masterful songwriting coming from this young woman.
So, I started listening and kept adding songs to the playlist this week.
Seems that everyone wants to compare Joy with Tracy Chapman. Let's just let Joy be Joy Oladokun, she's charting her own path.
..........
Out of contact out of zone
Off the backbeat off the bone
Away from the wolf pack on your own now
Dance together or dance alone
There's trouble outside and trouble in
Show some hustle show some skin
Whatever was has already been now
Let this new day do its thing

Maybe Your Heart's Not In It No More, Jakob Dylan 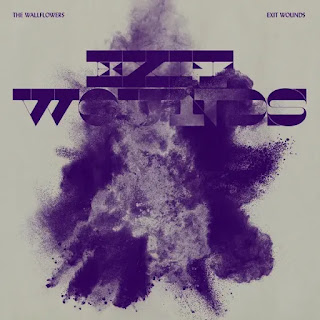 The Wallflowers with band leader Jakob Dylan haven't made an album in nearly ten years, but it's been well worth the wait as Exit Wounds is a very good album.
I think Jakob Dylan has a great singing voice that seems to be getting better with age. The first track, Maybe Your Heart’s Not in It No More is a great rock 'n' roll song with the added benefit of Shelby Lynne providing backup vocals on this and several other tracks.
The Wallflowers are a good example of what makes Americana rock 'n' roll and Rock 'n' Roll Americana.
..........
Do you think of the ocean as yours?
Because you need the ocean to breathe
Every second breath you take
Is coming from the sea
We don't really know
Because we don't really see
Do you think of the ocean as yours?
Do you think about it at all?
Downhill From Everywhere, Jackson Browne 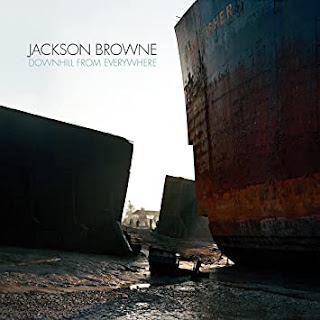 Jackson Browne, a conscious voice for a couple of generations now, still striving, still asking the essential questions.
The complete album has just landed this past Friday and I'm still absorbing all the songs now included in this playlist. Jackson is such an inspiration, still writing and performing with his ageless voice, still at the top of his game, one of the greats that just keeps going and going. I will say, after all these years, he's finally got a little age in his face to go with the wisdom that he has expressed in song since his journeys up down the U.S. 101.
The song Downhill From Everywhere has a great Rolling Stones riff-like feel and I'm loving it! Just like Jackson to turn an environmental bummer into a catchy beat. I would guess Val McCallum his lead guitar player would have something to do with that too!
Random thought- Why haven't Bonnie Raitt and Clyde (real first name of) Jackson Browne made an album together? You know it would be fantastic, and you already know the name of the album, Bonnie & Clyde.
.......... 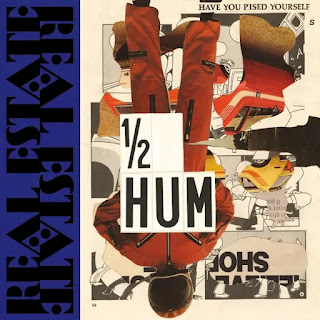 Real Estate is a band from New Jersey since 2009 and I would have guessed they were from across the pond. I really like their easy Indie rock sound that makes me gravitate to them like U.K bands Flyte, Teenage Fanclub, and The Fratellis that I have featured this year in #NewMusicMonday posts.

Half a Human is a good summertime EP and worth a listen.
..........
I stepped across the dreaded green line
When the self-inflicted wounds are slowly healed
I couldn't find the forest, couldn't see the trees
I had to find my way by touch and feel
Boxes, David Crosby 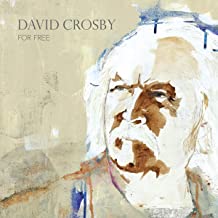 David Crosby's cover of Joni Mitchell's For Free is brilliant. Like several of the songs on this album, Crosby has wisely collaborated with top shelf musicians like Sarah Jarosz on For Free, Michael McDonald on River Rise, and Donald Fagan on Rodriguez For A Night.
I personally think he should have done the whole album this way cowriting or performing with distinguished artists like Sheryl Crow did on Threads (2019). But unlike Crow, It feels to me that David's still got something to prove whether it be his ability to sell as a solo artist, or just to show people he's still got the goods.
His acidic comments over the years have caused such a rift between former band mates Stills, Nash, and Young that they now want nothing to do with him. Personally, I wish these guys the best in patching up their collective wounds and hope they can have a friendship together with David in the future. Listen to the song Boxes, as he openly acknowledges his responsibility and reflection on the subject.
Now professionally, these four guys need to stay divorced from each other, forever. All four are actually doing great collaborating with other people musically, and the comments I read about fans wanting them back together is just too much, that wooden ship sailed long ago...
However, the YouTube comments about David's voice and new songs are spot on. David Crosby's singing voice came down from the gods, and the gods have not taken away that gift. I saw him in concert several years ago and was amazed by the clarity and quality that voice has endured and continues today as he successfully delivers on this very good album.
Enjoy my friends, lots of little gems in the playlist this week!
Posted by Doug McIntosh at July 26, 2021 No comments:
Email ThisBlogThis!Share to TwitterShare to FacebookShare to Pinterest
Labels: #NewMusicMonday
Older Posts Home
Subscribe to: Posts (Atom)