I'd been waiting for the release of the new Ryan Adams album, Prisoner and thought I'd focus on that this week and then, literally got side-tracked after pouring through the past three issues of Rolling Stone Reviews. Anyway, I've been listening to all of these new albums just released and here's my favorite 10 that made this cut. If you click on the the album titles below, I have linked to their YouTube Playlist (if there is one for that album).

Ryan Adams gives me that sound that's just plugged into my DNA. Many boomers may have never heard of Ryan Adams as Prisoner is his 16th studio album, but once you hear him, you'll be hooked. Prisoner seems to have gotten the tag, "break up album" after his divorce last year from Mandy Moore.


To Be Without You, is a great song, I feel I'm listening to a new classic! I guess the best songs are always written from pain.


Near to the Wild Heart of Life, Japandroids. This is why I still read Rolling Stone, I would never have heard of these guys without the RS Review. If you like fast and loud, here you go.


Drunk, Thundercat. Stephen Bruner has that driving bass that I just love. Here he hooks up with a couple of the best for a little old school.


Highway Queen, Nikki Lane  Love the beat and her spunk!


Either/Or: Expanded Edition, Elliott Smith. First heard Elliott Smith through my daughter Shawna and her mix CD's she would make for me. The good die young.


Live in Paris, Sleater-Kinney. And now for a little Pacific Northwest sound.


Process, Sampha - The opening lyric "No one knows me like the piano in my mother's home" immediately got my attention to listen to this song a little deeper. Best line in a song I've heard for awhile.


Puxico, Natalie Hemby. Well, I'm leaving the best for last here if you are a faithful listener to what many would call,"Pure Country". Natalie Hemby is a singer-songwriter who has written many singles for many other country stars and Puxico is her first solo album and every track is a good story and ride.


As I was listening to the Puxico album playlist, This Town Still Talks About You came on and just kind of sent me over the edge. Tomorrow is February, 21st and marks the 14th anniversary passing of my hometown dear friend and buddy, Gary Hill. Since Gary's death in a small plane crash in 2003, another childhood friend, Steve Spencer also passed away this past January 8th, 2016. I spent many of my adolescence, teen years and early 20's with these two homies in my hometown of Santa Maria, California. A core nucleus of young lads formed a strong bond together from our Jr. High days, who were later joined by a host of young ladies and we all had a good time with these two characters. I say characters because they were loved by everyone for their personalities and love of life. You could say that Gary and Steve were often the light and sounds of any party. These two guys could just make you laugh and their spirit still lives within their friends and family who miss them dearly. Well, this song's timing is perfect for my soul and I hope it gives a little comfort and thought to my friends in our once little town.

The original 1937 My Funny Valentine song was staged in the Broadway musical, Babes in Arms as a woman singing to a man. However, many males from Frank Sinatra, Chet Baker to Sting have sung this song, but listen to the lyrics as I don't think it plays so well in 2017. If you're going to play a tune like this to your love, I would suggest, Just The Way You Are by Billy Joel.

In this next video, you'll see my point exactly from my comments above...


Dan Hicks, the master of satirical country swing. MK played me a couple of Dan Hicks and His Hot Licks albums on our first dates together in 1973 and I guess from my positive reaction, we were meant to be. Dan, you are missed!


Stephen Stills gave us all permission to not be so faithful. I guess this one came to him based on his experience with drugs, sex and rock n' roll.


But Simon and Garfunkel gave the ladies an all is fair in love with this one.


Now for some wedding musical comedy.


And, from marriage often comes the babies in the carriage.


Hey, this Valentine's myth is just getting old and the pressure that we all have to be coupled to preserve some religious plan, screw that.


Don't got it all figured out? Kacey says you're in good company.


and maybe this is how the whole thing goes down in time.


Damn it Paul McCartney, you made me hum this song until I finally caved over the years and liked it! I'll let Kurt Hummel and Glee take us out with this one.


Here's My Funny (unconventional) Valentine Playlist.
Note - For some reason my Playlist would not embed in my blog this week, so I have broken them out in individual videos today.
Posted by Doug McIntosh at February 13, 2017 No comments:
Email ThisBlogThis!Share to TwitterShare to FacebookShare to Pinterest
Labels: Dan Hicks, Death Cab for Cutie, Frank Sinatra, Glee, Kacey Musgraves, Loretta Lynn & Conway Twitty, My Funny Valentine, Paul McCartney, Simon and Garfunkel, Stephen Stills, Tim Hawkins, Weezer and Sara Bareilles 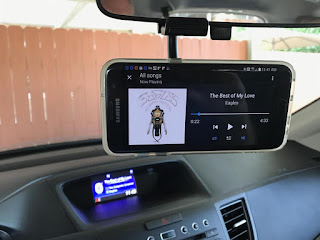 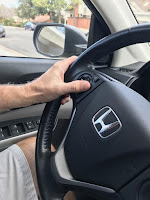