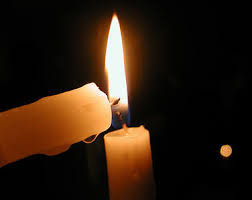 I was going to rattle off about ten, I will stop at two, you get the point. But, go ahead do a couple on your own...

Some may say, way too simplistic, a Christmas time answer. Maybe I'm just a simple guy, but Christmas presents us the essential question, How do we make peace on earth, goodwill to men? The answer is a process of love for us all. For me, it did not come from my Christian upbringing, it came from the eclectic experiences in this world and learning that it would be up to me to create my own acts of goodwill.

Christmas is a time to reflect. No matter your religion, non religion or spirituality, think of Christmas in America as the space in time where love becomes less confined. It provides an opening, to give beyond ourselves, to help people. Hopefully, our thoughts and actions of goodwill go beyond the Christmas bubble and we make a positive difference in the lives we touch, throughout the year. Music helps too. It provides a wonderful conduit to the process of understanding that leads to peace.

I want to end this year's Monday Monday Music blog with mostly an acoustic spirit of traditional and non traditional Christmas time music. Merry Christmas to all.

Posted by Doug McIntosh at December 14, 2015 1 comment:
Email ThisBlogThis!Share to TwitterShare to FacebookShare to Pinterest
Labels: A Christmas Time Mix

Paul Hobbs and the carousel of time 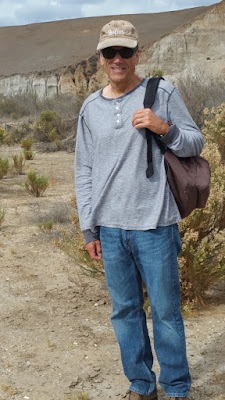 I grew up with Paul Hobbs in Santa Maria, California in the 1960's and 70's. We both lived on the west side of town and although we were only 5 blocks from each other (Alvin Ave. to Sunset), we didn't know each other until several years later. Back in the early 60's, each block had enough baby-booming children so that kids needn't venture too far to have a flock of friends.

Our neighborhood school was Robert Bruce Elementary. Paul was one year older than me and that may have been the chasm great enough to prevent an early meeting. That would change with the city Junior Olympics and a first face to face at the standing broad jump. We both remember that first encounter as our starting point, but it would be a few more years until we circled back.

By the mid-sixties, both of our families moved from the west side to the east side of town. My family moved to Tunnell St. and my next door neighbor and new friend was Ron Zieman. Ron and Paul's families went to the Methodist church and being in the same 8th grade class, they were close. When I entered junior high, the actual beginning of The Wonder Years, 1968-73, I was reintroduced to Paul, through Ron. We all became fast friends with the common bond of rock 'n' roll and riding our bikes everywhere. Paul's move, put him close to the Santa Maria Riverbed where we did things like act out our own imaginary movie scenes. We also explored much of the central coast with all our buddies through high school- Ron, Gary Hill, Steve Spencer, Jeff McCarthy and Ken Forman). Now, as life brings Paul and I together again on a more frequent basis, a lifetime of friendship is still played out in walks in that same riverbed, the conversation always engaging.

Paul is amazing on many levels. For me, he has always been a musician and I mean a real musician at a time when most of us were trying not to stab ourselves with the sharp metal protractor tool in geometry class. Sure he was learning his craft but man, listening to him play acoustic guitar in a small room was the biggest musical influence in my life. These were the wonder years of music, with many hours spent in Paul's or Ron's bedrooms listening to The Beatles, The Rolling Stones, The Who, The Byrds, Jimi Hendrix, Buffalo Springfield, Cream, James Taylor, Neil Young, Cat Stevens, Joni Mitchell and on and on. But Paul really listened. He practiced and played and sang many of these artists' songs, with his sound. I thought it was wonderful and felt lucky to be around him.

Paul, like many of his musical heroes evolved into a singer-songwriter himself. He is a very social person with many dear friends. He was raised in a loving family and ran with that to also become a great husband, father and now grandpa too. All ride the carousel of time with him. In his music, I hear themes of love and sometimes the separation of that love that goes out into the world or, from this world. These songs can also express the universal hope that love does come back around at some space in time.

I was in Santa Maria for Thanksgiving this year and had a chance to talk with one of Paul's life-long friends starting from the west side days, Paul Tognazzini. We all met as Paul and Jane Hobbs usually invite a large herd of family and friends (party of 10 this time) to Sunday breakfast. Paul Tog has gone through quite a battle with leukemia and I'm happy to say is still seizing the day and getting stronger every day. Anyway, I had a great breakfast conversation with Paul Tog and we talked about mutual childhood friends from the old blocks - Freddie Board, Philip and Gary Cooper, Albert Lopez to name just a few, and Paul Tog's little sister, Susie, who I had a crush on in the first grade.

I would be remiss not to mention the great friends that Paul H. has integrated with my circle that continues to this day with Ken and Vicki Forman. And even though I haven't seen these guys in a while but see them through Facebook or in talks with Paul- Jeff McCarty and Steve Spencer will always be friends, thanks to Paul. Paul loves his friends and his friends love him back. Oh, and that nefarious character Ron Zieman is still around too! (I'll probably get double pay-backs on that last comment.)

Recently, I've had the pleasure of helping Paul create a YouTube Channel for his music. He hasn't uploaded all his recordings, but has a good start that I hope will continue. Here, I've put together a YouTube playlist for your listening pleasure from his channel and hope you will share this with your friends, old and new.

and, Happy Christmas and a Merry New Year from John, Paul, George and Ringo 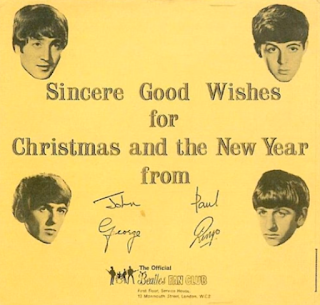