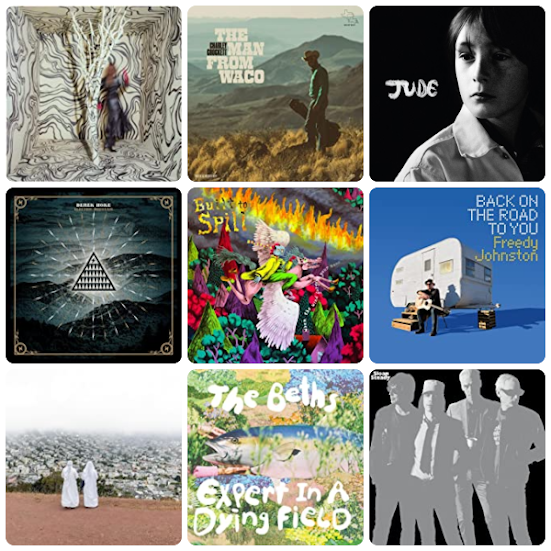 Sunday, around 6pm.
I'm staring at a blank white screen with a blinking cursor. I've got nothing.

But, I did make time to curate a playlist of 72 songs over a month.

The listening, sifting and sorting discovery to make a playlist
is a wonderful escape.

And, that's something. Enjoy my friends. 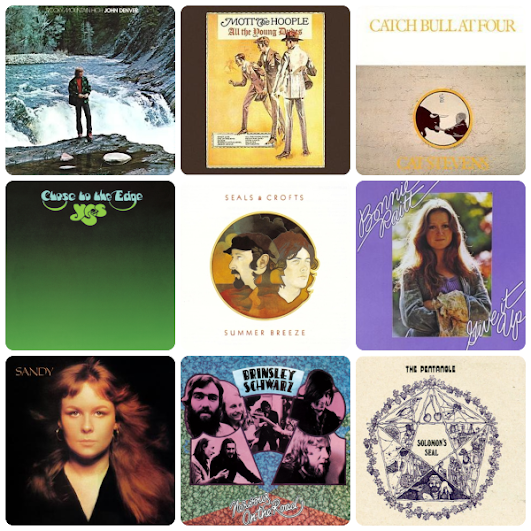 Folk. The influence on our culture from its rebirth in the late 50's through the early 70's is profound. As I listened to albums released in September of 1972, I was struck by its sheer world-wide appeal and the talent of many to modernize folk and make top 10 hits from a genre they grew up with.

In America, you have the seemingly shy and unassuming folk musicians like John Denver and Seals and Crofts writing and performing big mainstream hits. Meanwhile, the UK mounts a second-wave invasion of sorts with artists like Cat Stevens, Sandy Denny (from Fairport Convention), and groups like The Pentangle, not to mention Jethro Tull, Genesis, Yes and a host of others taking the traditional English Folk genre and bending that into rock. In progressive rock, Yes releases Close to the Edge turning their back on the 2-3 minute hitmaker format, making continuous movements that take up the whole side of an album. AM radio dazed and confused needs FM to take over the progressive sides of blues and rock 'n' roll.

Folk is roots music. Where ever you come from and no matter your taste in popular music, strands of folk are always there to bond a tune with its audience.

I also wanted to mention John Denver who was never really on my radar in high school. Like Glen Campbell and The Carpenters, I came to appreciate their music later. In about four years from now, I'll be writing specifically about 1976 and a summer camp I worked at for children with disabilities. Let me tell you, John Denver music was king around the campfire!

Posted by Doug McIntosh at September 19, 2022 No comments:
Email ThisBlogThis!Share to TwitterShare to FacebookShare to Pinterest
Labels: 1972, Fifty Years of Music, September

Clean Up in the Archives Aisle: Born to Run

"Slow but steady wins the race." –The Hare and the Tortoise

I've been in Seattle since Labor Day having a bit of a vacation and a timely escape from the heat wave in California. Basically on September 4th, I went from 100 degrees and 80% humidity in San Diego to low 70's and clouds, what a lovely transition. This week in the Pacific Northwest has been fantastic with sunny skies and that same 70's temperature all week. My wife and I know the labor day week exit from So Cal as being that time of year to be two birds and make our annual migration to Seattle.

I thought this would be a good time to introduce what I'm calling, Clean Up in The Archives Aisle where I drag out some old blog and/or playlist to use as a rerun of sorts when I get busy, or like now, on a vacation.

In the past several weeks, I've actually been adding and deleting songs from my Born to Run playlist from the running series blog I created several years back called, Team Tortoise. Here is that four part series if you've been thinking of starting a new walking or running routine again. Or, you can just sit on the couch and listen to the playlist and eat a big bowl of ice cream.

Posted by Doug McIntosh at September 12, 2022 No comments:
Email ThisBlogThis!Share to TwitterShare to FacebookShare to Pinterest
Labels: Born to Run

My running routine before I head out includes turning off my iPhone for about 20 seconds and then restarting. I do this to clear out any of the digital cobwebs that may effect my GPS running app or my Amazon Music App. As I get out the door and away from my home wifi, I then turn on the music app, go to my ever growing library of 32,709 songs (just checked) and then hit the shuffle icon.

About 60% of the time, music that finds its way to this 'Best Song' playlist, come from those songs shuffled from my runs. Every now and then the digital gremlins do appear. On one run last month, I realized after listening to a few songs that they all began with the letters "Sh" like, Shaky Town, and Shame, and then settled in for an extended happy stay on song titles with "Shangri-La" in the title.

Sometimes you just have to roll with it. I decided that all the Shangri-La songs that serenaded my run that day, and even a song I found on the Tubes from the sixties girl group, The Shangri-La's would frame the playlist. I also have the big hit from "The La's" in the late 80's, There She Goes to start the playlist. In fact the 80's, 90's, and Blues all emerged as sub-themes running through out the playlist this week.

Speaking of a lost horizon, it ironically made me think of the time Mary Kit and I had a little Shangri-La "Staycation" on the Pacific Beach Crystal Pier cottages just about 20 minutes from our home. We were able to book the last cottage on the pier (pictured above) with an unobstructed view of the Pacific Ocean, simply paradise... until nightfall.

In full transparency... we only got that last cottage because it was February. A storm came in that night with high surf and crashing waves pounding the pier pilings right under our bed. We pretended we were on a pirate ship in a rough sea having a wonderful adventure nevertheless. And as they say, "Don't come a knocking when this pier starts a rockin."

Note- The Shame song I mentioned above was a Randy Newman tune, but when I got to YouTube to find it, I found his I Love LA which was fitting nicely into my 80's co-theme and Shame was replaced. That happens about the other 40% of the time.