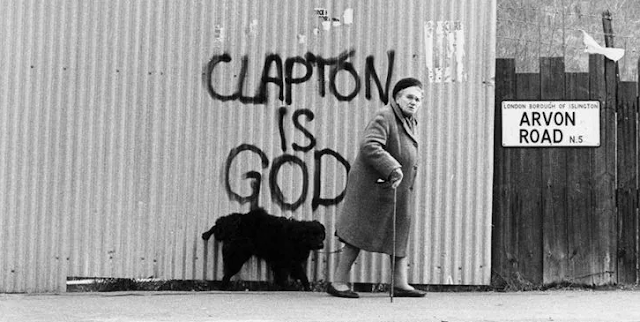 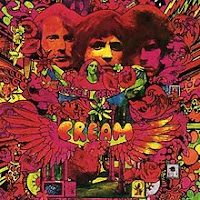 There's possibly nothing that I can write here that you don't already know about Eric Clapton. I'm going to just rely on my memory of those exciting early years between 1967-1974, the period that incompasses my junior and senior high years and the first year of community college for me.

Eric Clapton was born March 30, 1945 and I was born 10 years later (and almost to the day) on March 26, 1955. I bring that up because that is the heart of the baby boomer generation years. For all the rock 'n' roll stars born right after World War II, many got started in the early 1960's and by their early 20's were hitting a magical stride. Eric Clapton's early successes with the Yardbirds and John Mayall's Bluesbreakers set him up for starting Cream in 1966 and then, the release of Disraeli Gears in 1967 with Sunshine of Your Love in the Summer of Love. So, I'm in junior high in 1967 being a wanna be hippie and Eric Clapton is the coolest hippie (with all respect to Jimi Hendrix) on the planet. Notwithstanding Eric's guitar play along with a great singing voice, he had more hair styles and girl friends than anyone. A ten year age difference means nothing now, but the difference between the ages of 12 and 22 are a lifetime where small town adolescent dreams of being part of something bigger got a little squished while being forced to get a haircut and tuck in that shirt. 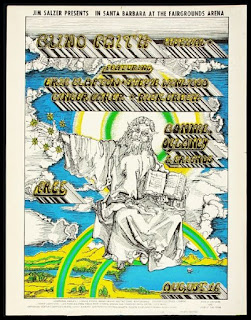 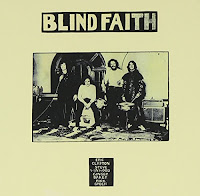 I'll move ahead to 1969 when Eric formed Blind Faith with Steve Winwood, Ginger Baker and Ric Grech. That album was released in August, 1969 and on August 16th, Blind Faith played the Earl Warren Showgrounds in Santa Barbara. On that night, two of my best friends, Ron Zieman and Paul Hobbs were being driven down the 70 miles to Santa Barbara from Santa Maria, CA by Paul's parents. My buddies were about to actually experience "that something bigger" that I was just referring to above. As Paul's parents dropped them off at the gate, I don't think Paul's or Ron's parents had a clue what their kids were about to see and hear. I spoke with Ron yesterday about this concert and he said, that neither Paul or he (and their friend Brian Punches who came with them) had a clue what they were about to experience. I have the audio of the show on my Youtube playlist for this week and the promoter starts by coming to the mic and pleading with crowd to not let any more gate crashers come into the Showgrounds. Ron recalls the evening by saying it was a transforming event for the boys. He remembers a guy with a brown paper bag sprinkling little paper tabs of acid throughout the crowd. The boys did not partake, but I understand brought some home for souvenirs; something you would hide in the bottom of your sock drawer and look at every now and then, just to take you back to those moments. So the air is heavy with pot smoke, people dancing and two girls right behind the boys take their tops off for the whole show. Yes, there is a god and he's on stage! 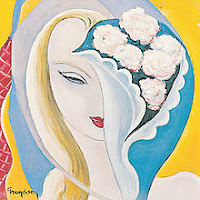 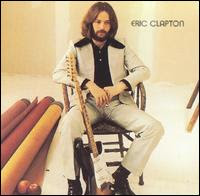 Back in 1969, I remember Ron telling me much of what he told me yesterday. I was so damn jealous as this wonderful story unfolded, how the band was fantastic and the people, it was... hippy heaven!

I remember camping with my parents on the Kings River around that time. I had just spent a week up at Hume Lake Christian Camp and then was back with my parents and siblings on a Kings River family vacation. There were hippies camping and hiking all around us. I remember walking back to our camp by the river trail and this 20 something hippy with long hair, beard, plaid shirt and backpack comes walking by me and says, in a friendly low voice, "howdy." Something very small, but a cool memory.

Eric then forms Derek and the Dominoes and releases Layla and other Assorted Love Songs in 1970. Bell Bottom Blues is one of my favorite songs and sign of the times. Then also in 1970, his first solo album, Eric Clapton, which has so many good people on it, such a great classic, including Let it Rain. 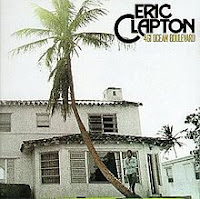 Then, the four year absence due to his three year heroin addiction. It's here as I'm getting a little older in 1974 and after reading about his addiction and purchasing 461 Ocean Boulevard that I realized this guy is very human, in fact fraught with frailties. I remember listening to this album in my bedroom, thinking this guy's getting back in the saddle again and he's clean and at the beach. But it's a different time, hippy heaven is over, I'm now in college and where have all the protests gone?  Hey, I have a real girlfriend, a car and I like this new Eric Clapton song, Let it Grow.

Fast forward, September 13, 2017 coming this Wednesday to the Fabulous Forum in Los Angeles is Eric Clapton with Jimmie Vaughan and Gary Clark Jr. I'm going and can't wait, and I've been waiting a long time to see this rock god. I'll let you know my thoughts, past and present in my Eric Clapton, Part II blog next week.

Posted by Doug McIntosh at 7:42 AM