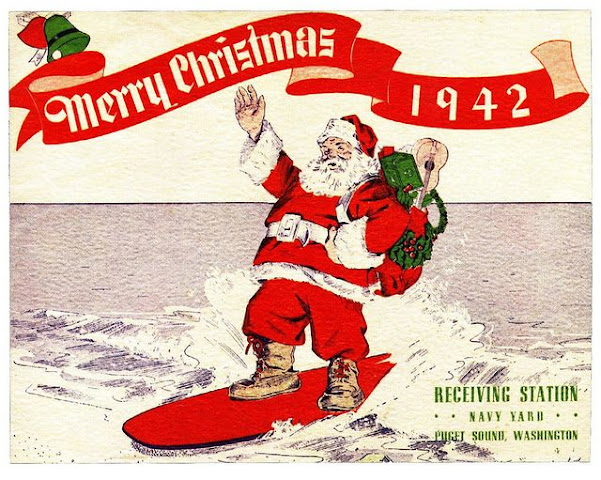 Santa Santa, Surfin' Santa Claus
Here he comes, Here he comes
Surfin' Santa Claus
Bringin' toys for girls and boys
Surfin' Santa Claus
–Joe Lubin & Stan Stan Stenner
Sometime in the middle of the year, I usually create a YouTube Playlist called Christmas Mix for that year and just start squirreling away traditional and alternative songs that I think would make a good mix with no general theme in mind. I have one general goal with the Mix- to be a little different and always make Christmas a little more inclusive no matter one's belief system. With that said, it should be noted that a lot of great artists have made some terrible Christmas albums over the years, and a streaming playlist is one remedy to broaden the category of 'Christmas Music.' 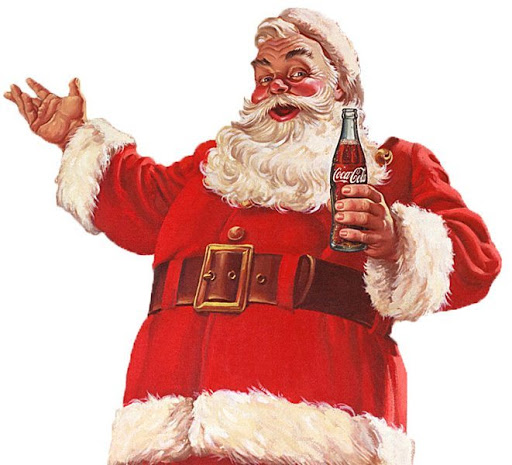 Being from San Diego, my first idea for this year was a Surfin' Santa theme. Then I started looking for a good graphic. When I found the 'Merry Christmas 1942' graphic above it had everything I wanted, a traditional Coca-Cola® Santa surfing, and then a new thought, 1942- with all the great musicians born that year.

The class of '42 includes: Paul McCartney, Aretha Franklin, Brian Wilson, Carole King, Jimi Hendrix, Graham Nash, Leon Russell, Barbara Streisand, and Roger McGuinn. I've included at least one song from my short list of musical greats born that year, and if you're interested, here's a complete list of musicians and singers born in 1942.
Also, I can't ignore the elephant in the room, the original 1942 release of Irving Berlin's White Christmas by Bing Crosby, the #1 selling single of all-time with more than 50 million sales alone.
This is all a bit ironic for me as when I started the Christmas Mix in 2015, I tried to generally avoid the sappy standards with White Christmas being at the top of the list. For me it's like eating turkey every year at Thanksgiving since my birth. I can imagine my dad saying to my mom when I'm a baby, "Fern just put a slice in the blender, he'll be fine." Anyway, I just got to the point where I couldn't take turkey anymore, same for White Christmas.  I get this 1942 idea from the graphic and low and behold, White Christmas is released that year. So, I start reading about White Christmas, and then I read this about Bing Crosby.
According to Crosby's nephew, Howard Crosby, "I once asked Uncle Bing about the most difficult thing he ever had to do during his entertainment career… He said in December, 1944, he was in a USO show with Bob Hope and the Andrews Sisters. They did an outdoor show in northern France… he had to stand there and sing 'White Christmas' with 100,000 G.I.s in tears without breaking down himself. Of course, a lot of those boys were killed in the Battle of the Bulge a few days later." Wikipedia
Sweet Jesus, that made me cry too. So Irving and Bing, I yield the space here, thinking of all the babies born during war, and their dads fighting around the world wishing they were home with their families.
It should also be noted that today is as Franklin Roosevelt told congress, "December 7, 1941- a date which will live in infamy—the United States of America was suddenly and deliberately attacked by naval and air forces of the Empire of Japan." The attack on Pearl Harbor thrust us into World War II, and changed our country overnight. White Christmas coming out the following year was a song we needed to hear as a nation and the world needed too. The lyrics, I'm dreaming of a white Christmas, Just like the ones I used to know, were in 1942, as impactful as any song that's ever been recorded. The history and power of this song endures.
Then, I thought about the babies born this year in the time of coronavirus. My granddaughter was born April 17, 2020. This virus is a different kind of war, but a worthy advisory nevertheless. Somehow our country has to band together as if we are in a world war against fascism, everybody on the same page working for our victory, all together. 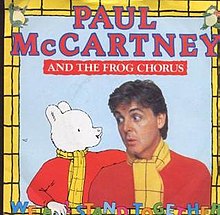 As a war baby himself, Paul McCartney grew up reading the British children's comic strip and books, Rupert Bear. In 1984, Paul wrote the song, We All Stand Together, arranged and produced by George Martin and made into a short film about Rupert Bear. The song has just been released again with the animated video and included here in my playlist Mix in several versions.
These World War II children knew a thing about banding together in a crisis and maybe a reason, they're the greatest generation of rock 'n' roll. Sir Paul was no exception, and even if this song's about frogs, you'll feel the bond, like a lot of his work. His lyrics have now come back around in 2020 and a perfect theme for this season and moving forward together during this difficult time. I also have to think this generation of children are maybe special too, and will know how to stand together when the chips are down when they are the decision-makers.
Win Or Lose, Sink Or Swim
One Thing Is Certain We'll Never Give In
Side By Side, Hand In Hand
We All Stand Together

Play The Game, Fight The Fight
But What's The Point On A Beautiful Night?
Arm In Arm, Hand In Hand
We All Stand Together

Win Or Lose, Sink Or Swim
One Thing Is Certain We'll Never Give In
Side By Side, Hand In Hand
We All Stand Together
–Paul McCartney
This has been a rough year for many who have been laid off or lost their small business in the time of coronavirus. However, we begin this coming new year with a fresh start with great hope and energy that will carry our people and country to a better place.
In good times or bad, music has alway been central to Christmas time as it can take us to a place, the want for peace, comfort and joy, to dream the dream. My Christmas Mix is always a kitchen sink of tunes but I tried to find some songs this year that have that spirit of people needing people to get us through anything if we stick together. 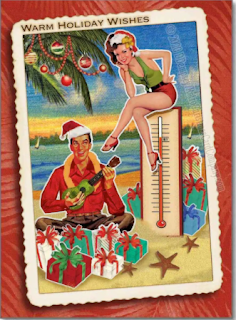 I like to also think my Christmas Mix might even spark an interesting conversation around the Christmas dinner table, or distanced smartphone video call this year-
Here's wishing you and your family a Happy Christmas and better days this New Year as we give thanks for the good people around us, no matter our beliefs.
Stay well my friends, and mask-up. We all stand together.
Posted by Doug McIntosh at December 07, 2020
Email ThisBlogThis!Share to TwitterShare to FacebookShare to Pinterest
Labels: 1942, Aretha Franklin, Barbara Streisand, Bing Crosby, Brian Wilson, Carole King, Christmas Mix, Graham Nash, Jimi Hendrix, Leon Russell, Paul McCartney, Roger McGuinn, Santa Claus