#InstrumentalMonday - As Far as I can See, Phil Cook 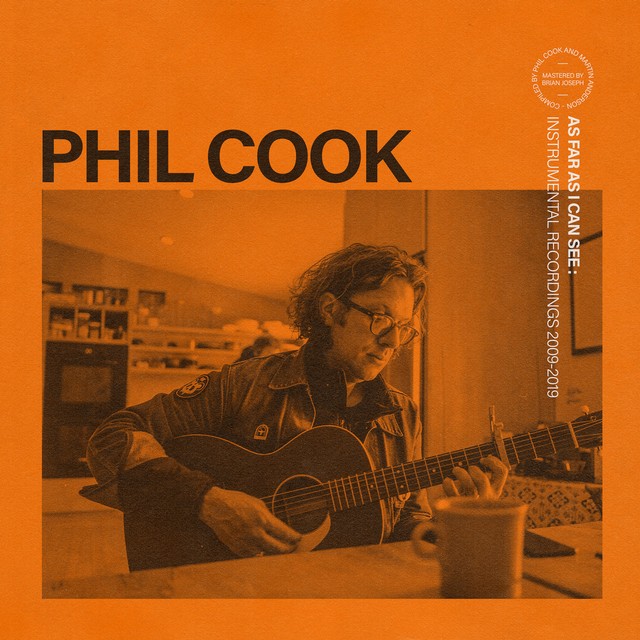 I found this gem this past week just released on 3/26/19 as it landed with me just wanting to hear some instrumental guitar. Hope this #InstrumentalMonday starts your week off with the positive vibe of Phil Cook.

Now I have never heard of Phil Cook so I looked him up on Wikepedia and discovered this wonderful sentence about him - Beyond his musical career, Cook works at the Center for Inquiry Based Learning at Duke University where he "assembles hands-on science kits for elementary schools."

As an educator, I spent a great deal of my career focused on Inquiry-based Learning and I just thought that was fantastic! Here's a great little review of  this album by Andy Kahn from JamBase as Phil comments on the tracks from  As Far as I can See.

"This is a collection of snapshots. Recording “D.L.’s Holler” in the upstairs hallway of an elementary school, outside my wife’s classroom while she graded papers in a thunderstorm. Listen for the thunder roll in one of the breaks. Recording “Waiting Round The Oven Buns” in my house in January while my wife Heather, pregnant with our first child, napped in the front room. Driving hours in the wrong direction during a blizzard into Tennessee on Highway 40, making us four hours late for the recording session I had booked for his Side Up. Loading in wet and snowy and then loading out four hours later with my friends Nick and Yan, finished, victorious and laughing. Recording “Saratoga” with one son next to me flipping through Calvin and Hobbes and my other son napping just a room away. Sitting on an old front porch in Birmingham, Alabama one hot spring morning with James’ beat-up classical guitar and recording a quick voice memo as we were packing up to leave. Sharing a joint with my brother Brad on the way to The Cave in Chapel Hill and feeling grateful for the spontaneous virtuosity of the Canine Boys and Libby Rodenbough. These moments, stacked up in a pile, feel like the kind of riches nobody can ever take away from me. The truest currency. I hope you, dear listener, also share this currency and feel this gratitude when you think of the journey of moments that has formed you."