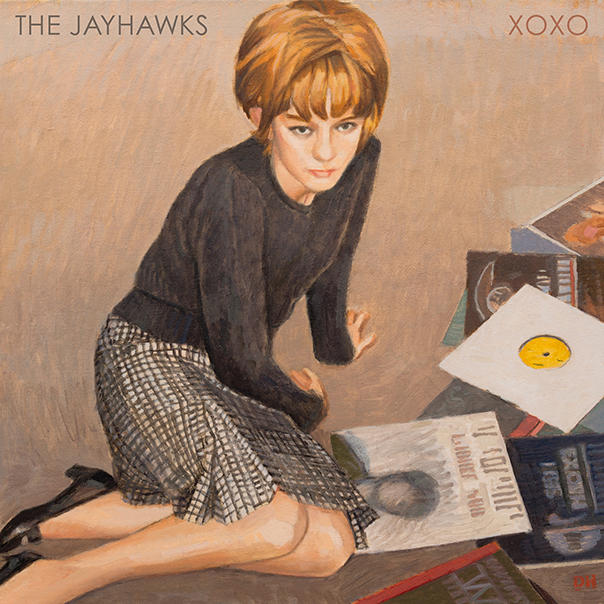 The Jayhawks, an 'almost famous' band that you may or may not have heard of was formed in 1985 by the original singer-songwriter duo of Gary Louris and Mark Olson. Olson has quit the band a couple of different times, the last being in 2012.

The Jayhawks have been called alt rock, alt country, Americana, etc. I think they are simply a great rock 'n' band band and probably my current favorite band since their release of Paging Mr. Proust in 2016. Over the years, The Jayhawks have grown a nice fan base without a radio format hit to propel them to 'famous' status. That being said, they have the respect of many musicians and bands like Wilco who came later and have themselves received greater acclaim by the music establishment. Rolling Stone put it best in this recent article by Jonathan Bernstein: 35 Years Into a Career, the Jayhawks Remain Americana’s Most Underappreciated Band.

Yeah I'm a real 'johnny come lately' to follow this great band but that's part of my rock 'n' roll back story: saving my soul in the 60's and 70's, losing my way in the 80's through early 2000's, and then becoming reborn again to music upon my retirement from my day job in 2014. I started my Monday Monday Music blog in January, 2015 to explore music more deeply, and give myself a weekly writing assignment to improve my writing.

The Jayhawks are a perfect example of discovering a band that took me back to my 1960's rock 'n' roll roots, and as an enduring band, continue to evolve their music from a multitude of rock influences to create new music now into 2020. New music that in fact embodies my specific personal taste and blend of rock 'n' roll Americana, like no other band.

The latest iteration of The Jayhawks have in my opinion a perfect band makeup: a harmony of voices, a woman singer in the band, keyboards, and a four member group with a democracy in song writing spread across an album.

The new album XOXO, is literally 'hugs and kisses' to their loyal fan base. The front jacket cover art alone is made to order for Monday Monday Music. One sees a teenage girl in the early to mid-sixties listening to her favorite albums spread out on the carpet. It made me imagine as the oldest child in my family- 'what if' I had had an older sister, one who would expose me to her record collection at a very early age and show me the way...

In prepping for this blog, I got interested in Gary Louris by watching his live streaming pandemic show called, The Sh*t Show with Gary Louris (a feature of last week's blog). I started thinking, I bet Gary's sixty-five. That's ten years younger than all those great rock 'n' roll musicians born in the mid-1940's and just old enough to fully absorb Beatlemania and the British Invasion. Sure enough Gary Louris was born March 10, 1955, sixteen days older than me (and fun fact, both of us being a few months older than Bill Gates and a few days younger than Steve Jobs, boy I'm pretty small potatoes compared to these birth year classmates).

Here's a nice quote from the Joel Bernstein article about Louris- “Gary is just a consummate creator of melody,” says Jayhawks fan M.C. Taylor, who records as Hiss Golden Messenger. “His music sounds like he has spent a lifetime listening to the way melody and harmony work on our emotions, but he never sounds like he’s copying anyone.”

I'll finish here with a little more resource info on the band that you might enjoy as I leave you with both the new audio album and accompanying videos for XOXO. I recommend you listen to the audio album first, just like the old days sitting on the carpet, and before the internet video tubes and stuff. Stay well my friends!

Quick History of the Band:
The Jayhawks' "New Day": How The Americana Pioneers Overcame Decades Of Turbulence And Became Full Collaborators by Morgan Enos | Grammys

XOXO (Album audio) on Youtube -
Oh boy this is a good one. Best album of 2020, so far.
Also three bonus tracks included in my playlist!

Posted by Doug McIntosh at 6:08 AM