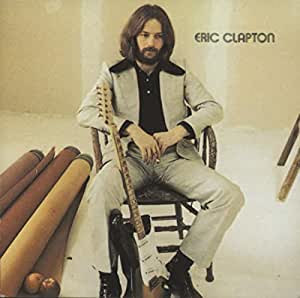 This week's playlist is dominated by three albums.

The first is Eric Clapton's solo debut, Eric Clapton listened by me many times in 1970 and over the years thanks to pal Ron Zieman's initial purchase of the album.

This week's listen to that album reminded me of a blog I wrote last year as I've grown to appreciate Delaney & Bonnie and Friends (1967-1972) who contributed greatly to Eric Clapton.

In my July 1969, 50 Years of Music blog, I wrote- "The great musicians who passed through this band in the late 60's and early 70's is truly astonishing and a huge influence on why Eric Clapton quit Blind Faith to move towards Bonnie & Delaney's sound, not to mention co-opt much of their band when he formed Derek and the Dominoes in 1970."

In my opinion, Bonnie and Delaney Bramlett simply have not been given the recognition they deserve for developing Clapton's sound in the early 70's. Delaney arranged and produced and Bonnie co-wrote many of the songs on Eric Clapton. You will also hear their influence that Leon Russell brought to Joe Cocker's Mad Dogs and Englishmen in this week's playlist, and bump that back to Russell's time spent as a band member in Delaney & Bonnie and Friends in 1969 as the genesis of Cocker's sound. It is that similar large band and vocals ensemble that Clapton would carry to Derek and the Dominoes and George Harrison leading to All Things Must Pass as Delaney Bramlett also introduced Harrison to slide guitar.

Eric Clapton was Eric's first solo album but was very much a collaborative project with the Bramlett's. As time marches on, I believe most people have never heard of Delaney & Bonnie and Friends, or simply, "Bonnie and Delaney" as we used to call them back in the day. Bonnie and Delaney got me thinking about 'influence' this past week and that most influential people are in fact forgotten, but their influence lives on in others work. 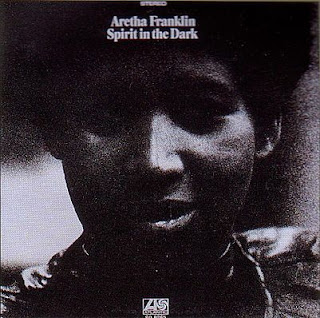 The second album is Spirit in the Dark by Aretha Franklin, an album I had never listened to until last week.

In fifty years, I can look back to my youth without musical judgement in the sense of my small town cultural exposure at fifteen versus my cumulative cultural experiences now into my sixty-fifth year. Stevie Wonder's August, 1970 Signed, Sealed, Delivered I'm Yours was a monster hit on pop AM radio that opened that R&B door a little wider for me, but there was not much 'Retha on my local radio dial back then to turn my head in her direction.
(Hey Nineteen that's 'Retha Franklin, she don't remember the Queen of Soul –Steely Dan)

What I can appreciate all these years later in Aretha's Spirit in the Dark is her complete mastery as a writer, singer and kick ass piano player. This was her seventeenth studio album and she also knew a thing or two about attracting a crowd of very talented people around her. The record includes three of the top producers in recording history with Tom Dowd, Arif Mardin and Jerry Wexler. The supporting band members include, Duane Allman and the famous Muscle Shoals Rhythm Section. The third album is Stage Fright by The Band and in this listen, I have a greater appreciation in how they used three different singers that could lead a song or provide backup vocals for each other. I've always loved Rick Danko's voice as I use the The Last Waltz video clip of the title song Stage Fright to feature the band. In my blog last week, The Band was on several reader's top five bands of all-time list.

For me, Stage Fright just keeps getting better as it stands the test of time as any of their albums. In fact as I was listening to this album this week it made me think about the many artists and bands in the mid-1970's through 80's that lost their rock 'n' roll way. Radio creatures like country pop or that stupid soft jazz tenor saxophone phase finally gave way in the 90's to older and newer bands reclaiming a more authentic 'Americana sound' like well, The Band.

In 2020 everybody loves The Band and if you feel the same way, I highly recommend reading, This Wheel's on Fire: Levon Helm and the Story of the Band. I'm only a quarter way in and I'm completely hooked with Levon Helm's folksy writing style and the stories he tells that are just so spellbinding. I keep saying to myself as I'm reading, "This book would be a fantastic movie!"

By the way, If you have never seen the 1980 movie, Coal Miner's Daughter it is a good one to catch. In fact, the first half of that movie where Levon Helm plays Loretta Lynn's father is outstanding! He is right there with Sissy Spacek and Tommy Lee Jones and if you read Levon's book above, you'll see from his childhood how he poured that right into his performance in that movie.

I hope you will also enjoy this eclectic mix from The Moody Blues, Canned Heat, The Beach Boys, The Carpenters, Little Richard, Roberta Flack, The Mothers of Invention, and Judy Collins.  This weeks 50 song playlist ends with a few select video clips from the now famous Isle of Wight Festival, in August of 1970.

The Isle of Wight Festival is a British music festival which takes place annually in Newport on the Isle of Wight, England. It was originally a counterculture event held from 1968 to 1970.

This event was held between 26 and 30 August 1970 at Afton Down. Attendance has been estimated by the Guinness Book of Records to have been 600,000 or even 700,000, due to an announcement by British Rail at that time concerning the amount of sold ferry tickets, although promoter Ray Foulk has said he believes it to have been only half of that. It was widely reported on, due to its line-up and extremely high attendance. Acts included Jimi Hendrix, Miles Davis, Jethro Tull, Ten Years After, Chicago, The Doors, Lighthouse, The Who (whose set produced a live album), Emerson, Lake & Palmer, The Moody Blues, Joan Baez, Free, Joni Mitchell, Leonard Cohen, Kris Kristofferson, Donovan, John Sebastian, Terry Reid, Taste, and Shawn Phillips. Wikipedia

Posted by Doug McIntosh at 6:34 AM