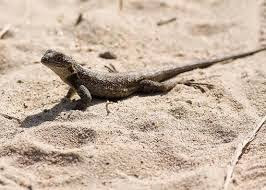 Spring in Southern California, the weather starts to warm up in the 70's and low 80's and the alligator lizards start to appear. I first see them on my trail run as they bask in the sun on the dirt edge and scurry off in the brush as my Clydesdale running style announces my presence. Then, they start to appear as little guys on my front walkway and also on the patio in the backyard, just sunning it up. Now the little ones never hang out by the front or back screen door, but the big ones, 8"-12" inches with their impressive tails, want to come in the house. They lay right at the foot of the door, frustrated that they can't find a way in.

This past year, I finally got a new front door, new vinyl windows and screens and a new back slider and screen, all sealed. Ha Ha you stupid little creatures! Every spring or summer until now, I have always found at least one alligator lizard inside my house, just hanging out. So on Saturday, I'm clearing out a small pile of branches that I had trimmed a couple of weeks ago. I pick up a branch and a 12" alligator lizard goes flying in the air and lands back in the dirt next to fence. With a little prompting with the branch, I guide the lizard to an opening spot where it goes under the fence. Yep, my works done here, protecting the wife from such a sight and all, I retire indoors. Well about three hours later, I step out from my sliding back door and just as I'm about to put my foot down, there is Mr. Alligator Lizard, I jerk and jump about 3 feet up and over him, damn, scared the hell out me, you stupid little creature! I guess we're even. 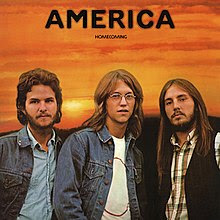 I sit down in a lawn chair and then the harmony comes into my brain, "alligator lizards in the air...in the air..." For the past two days I have been playing that line and the entire 1972 song of Ventura Highway by America, in my head. Can't get it out of my head. This song actually brings back fond memories of early driving days up and down the 101 coast. My friend Bill says he thinks of me every time he hears the song and I'm thinking it probably has good memories for you as well, and thus my feature for the week.

I found the Ventura Highway Wikipedia fascinating because the line, "alligator lizards in the air', is pretty off the wall, but very singable. As a Santa Maria boy, this song had a more in depth meaning than I ever realized.

"Dewey Bunnell, the song's vocalist and writer, has said that the lyric "alligator lizards in the air" in the song is a reference to the shapes of clouds in the sky he saw in 1963 while his family was driving down the coast from Vandenberg Air Force Base near Lompoc, California where they had a flat tire. While his father changed the tire, he and his brother stood by the side of the road and watched the clouds and saw a road sign for "Ventura".[2]
"He also stated "I remember vividly having this mental picture of the stretch of the coastline traveling with my family when I was younger. Ventura Highway itself, there is no such beast, what I was really trying to depict was the Pacific Coast Highway, Highway 1, which goes up to the town of Ventura."[4]

And, if you've ever wondered why you can't get a particular song out of your head, watch this.

Posted by Doug McIntosh at 6:54 AM