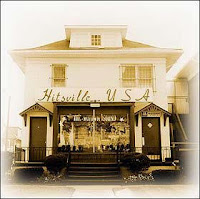 Posted by Doug McIntosh at 7:20 AM

Email ThisBlogThis!Share to TwitterShare to FacebookShare to Pinterest
Labels: Barry Gordy, Motown the Musical, Standing in the Shadows of Motown, The Funk Brothers