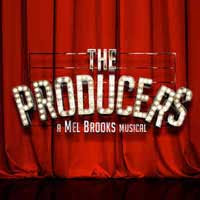 Thank you Zero Mostel, Gene Wilder and Kenneth Mars
Posted by Doug McIntosh at 7:38 AM