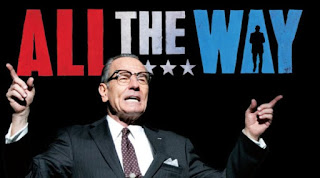 So last Saturday night, I watched the HBO film, All The Way starring the brilliant Bryan Cranston as Lyndon Johnson. The film begins with the Kennedy assignation and Johnson becoming President. As he moves into 1964, Johnson is determined to pass Kennedy's Civil Rights Act and secure his re-election in 1964. I implore you to watch All The Way on HBO GO or DVR before the 2016 presidential election on Tuesday. I'd been meaning to watch it for weeks, but the timing couldn't be better as a must see just before the most important presidential election of our lifetime. Why? Because history is the friend that repeats itself. I couldn't help but transpose the events of 1964 and preventing black people from voting in the South with the current voter suppression tactics still happening in the South in 2016.

The film also breaks down presidential elections which Johnson emphatically describes as, "war." The Goldwater vs Johnson election had two very contrasting choices as the film shows maybe the most powerful political message ever shown on television with the little girl and nuclear bomb ad. As I watched the ad in the movie, I couldn't help but think of our current contrast of candidates between Trump and Clinton and people's fear of Trump's access to the nuclear codes. 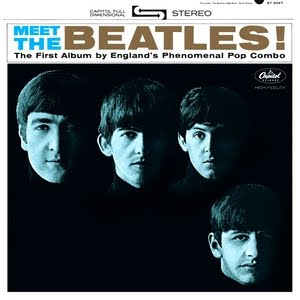 So what has this to do with music? Well, there is a scene in the film where Lyndon's youngest daughter, Luci walks past her dad in a White House hall and he stops her with his aides in tow to ask her how she is doing. In the scene, Luci is holding the 1964 album, Meet The Beatles in her arms. Now that struck me how father and daughter are living in the same big house in two very different worlds. The Beatles have landed in America and America is erupting with racial inequality, demonstration and violence. Another scene also grabs me, this time with the Republican Senator, Everett Dirksen and Johnson cajoling him into an eventual compromise to support the 1964 Civil Rights Bill. I'm intrigued by this as our past political leaders demonstrate how real leaders worked together to try to solve our countries problems. Back in the day, Dirksen and Johnson and even Ronald Reagan and Tip O'Neill didn't have to like each other, but they knew they had to work together to accomplish anything meaningful. I have this hope that we can reclaim some of that old time statesmanship with our future leaders and continue to move our country forward.

All the while, we have music to soothe our souls. Here's a little 1964/2016 playlist to start your Monday as maybe a little distraction with our very important Tuesday. Please vote. Take care my friends and soak in the sounds.

Posted by Doug McIntosh at November 07, 2016
Email ThisBlogThis!Share to TwitterShare to FacebookShare to Pinterest
Labels: 1964, All The Way with LBJ, Meet The Beatles, Presidential Election 2016