McCartney III and a 'Beatle Christmas'

On December 18th, I got up like a kid on Christmas morning to unwrap a present. This one was waiting @ Paul McCartney's YouTube Channel, his just released third solo album, McCartney III.  Paul continues a 50 year old tradition where he plays all the instruments and sings all the vocals on his songs. The album began to form in March of this year as Paul found himself in lockdown or as he says, "Rockdown" at his home in Sussex England due to the coronavirus.
Like McCartney (1970) and McCartney II (1980), Paul would get up and go into his home studio and just start messing around with an instrument and build sounds. Some progressions would start to form a tune and then, he might start to layer up a song from there. He would do all the recording himself like the previous two albums with the goal of just having fun. He also thought he would finish up a few unfinished songs that had been sitting around a while. He imagined driving with a friend in his car and say, "Hey check this out" and pop in his little mix tape. Need I say the project progressed, as it's now an eleven song new album released just in time for the holidays. Yes, in the year of coronavirus, we could all use another 'Beatle Christmas.'
Now 'Beatle Christmas' means a lot of different things and/or events to different people. It could be as simple as getting a Beatle record from family or a friend during the holiday season and playing the hell out of it. When The Beatles broke up 50 years ago, that would be expanded to individual albums by John, Paul, George, and Ringo starting with: Ringo's Sentimental Journey released in March, 1970; then McCartney released in April; All Things Must Pass by George released in November; and John Lennon/Plastic Ono Band released in December. These individual releases all surrounded The Beatles last album Let It Be, released in April, 1970. So when I speak of 'Beatles Christmas' the tradition got turbo-charged in 1970, and continues to this day with all kinds of Beatles merch.
At some point in the early 70's, my good buddy Paul Hobbs turned me on to KTMS-FM broadcasting out of Goleta, California. KTMS-FM was an archetypal small laid-back FM rock station that catered to nearby UCSB students with its signal just strong enough to reach our little cowboy town up the coast. I don't know what year KTMS-FM started their annual 'Beatle Christmas' show but Paul and I were thrilled as they played only Beatle music (including their solo albums) on Christmas Day, and then would follow that up with a 'Rolling Stones New Year' on January 1.
In 1975, I moved to San Diego to go to SDSU and would drive up to Santa Maria at Christmas for the winter semester break. I would continue this for many years after as I became a teacher still having the traditional K-12 two-week break at Christmas. Now that 300 mile drive from San Diego to Santa Maria entails Interstate 5 to the 405, to U.S. 101, all heading north. Once you get out of Los Angeles and into Ventura and Santa Barbara Counties, you get to drive that wonderful view along the Pacific coast on the 101. Every year traffic got worse, so I switched to the tactic of driving up very early on Christmas morning as most everyone would still be in bed, or had already arrived at their destination before Christmas morning.
I don't know how many Christmases I listened to 'Beatle Christmas' on the drive up, but I tuned my car radio dial until KTMS came in somewhere around Ventura. For several years, this was my grown-up/childhood Christmas morning. I have fond memories listening to Beatle tunes with the early morning sun shining down from the green hills and rocky terrain to the vast blue-green water. I was home. 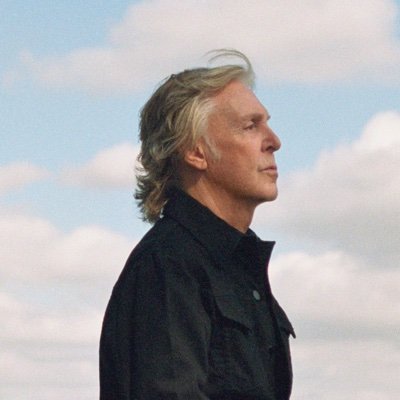 KTMS-FM existed from 1965-1984. It is now KSLB with a 'contemporary Christian' music format. All good things eventually end their run... but a 78 year-old musician continues his musical journey, and always arrives right back into our hearts.
I'm not here to critique Paul McCartney's new album, that's not my job description here @ Monday Monday Music. I can tell you, I'm playing the hell out of it, and would suggest you make it a little part of your holiday this year.
In fact, I got you covered this Christmas week with all three of Paul's 'solo' albums in descending orders starting with McCartney III. I kick it off with a fun interview with Chris Rock and Paul, and then the three solo album YouTube playlists.
Stay well my friends, mask-up, and may your wishes light your way.
Happy Christmas, and as Ringo always says, "Peace and Love!"

An added little bonus (thanks P. Hobbs for sharing)
The Beatles: Get Back - A Sneak Peek from Peter Jackson
Posted by Doug McIntosh at December 21, 2020
Email ThisBlogThis!Share to TwitterShare to FacebookShare to Pinterest