I had the pleasure to see Booker T. Jones perform just last Saturday with his current band at the Edmonds Center for the Arts in Edmonds, Washington. The show is titled, Booker T: Note by Note - 60 Years of "Green Onions" and STAX Hits.
The show was fantastic! My wife and I went with her daughter Abby and husband Spencer. This is just another example of how powerful the music of the 1960's is spanning the generations and living 60 years on. Let me tell you, Booker T. never disappoints, surrounding himself with younger musicians, including his son Teddy on electric guitar, a top notch rhythm section to replicate the MG's sound, and three wonderful singers to relive the Stax records hits.
I was so excited to hear Booker T. play his Hammond B3 organ with cabinet Leslie speakers (positioned left and right on stage). Many players prefer to play the Hammond through a rotating speaker cabinet known as a Leslie speaker, and named after its inventor Donald J. Leslie. The typical Leslie system is an integrated speaker/amplifier combination in which sound is emitted by a rotating horn over a stationary treble compression driver, and a rotating baffle beneath a stationary bass woofer. This creates a characteristic sound because of the constantly changing pitch shifts that result from the Doppler effect created by the moving sound sources. (Wikipedia)
Note- The godfather of the Hammond B3 is Jimmy Smith who greatly influenced Booker T. and a generation of R&B musicians as Smith is responsible for creating the link between jazz and 1960's soul music.
Note2- Friend Ron Zieman had a Hammond C3 with Leslie cabinet speaker and I just loved to hear that whirring organ sound!
Here's a little background on Booker T. & The MG's formed in 1962 by Booker T. Jones and Steve Cropper. 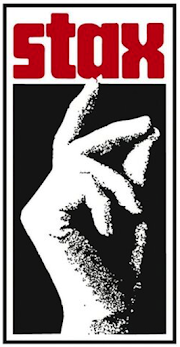 In the early 1960's, The band is part of a group of house session musicians at Stax Records in Memphis. They would also be one of the first integrated bands to play live at gigs all over the country. These four guys are musician's musicians who would be idolized by more famous and wealthy artists all over the world.
Booker T. Jones, born November 12, 1944 (78) in Memphis, Tennessee. Jones was musically a child prodigy, playing the oboe, saxophone, trombone, double bass, and piano at school and organ at church. Jones attended Booker T. Washington High School.

Jones's entry into professional music came at the age of 16, when he played baritone saxophone on Satellite (soon to be Stax) Records' first hit, "Cause I Love You", by Carla and Rufus Thomas. Willie Mitchell hired Jones for his band, in which Jones started on sax and later moved to bass. It was here that he met Al Jackson Jr., whom he brought to Stax.
While hanging around the Satellite Record Shop run by Estelle Axton, co-owner of Satellite Records with her brother Jim Stewart, Jones met record clerk Steve Cropper. Besides Jones on organ and Cropper on guitar, Booker T. and the MGs featured Lewie Steinberg on bass guitar and Al Jackson Jr. on drums (Donald "Duck" Dunn eventually replacing Steinberg on bass in 1965). While still in high school, Jones co-wrote the group's classic instrumental "Green Onions", which was a massive hit in 1962. (Wikipedia)

Steve Cropper, born October 21, 1941 (age 81) in Dora Missouri, but most importantly moved to Memphis, Tennessee at age 9. In Memphis, Cropper was exposed to black church music saying it, "Blew me away" and motivated him to purchase his first guitar at 14. Rolling Stone has ranked Steve Cropper as the 36th greatest guitar player on their list of the 100 Greatest Guitar Players.

Donald "Duck" Dunn, born November 24, 1941 in Memphis, Tennessee. Dunn a boyhood friend of Cropper started playing bass as Cropper started playing guitar with other friends and formed bands in high school. The two would be signed to local Stax Records and became part of the house band and helped form the "Stax sound" in the 1960's. Duck Dunn is ranked number 40 on Bass Player magazine's list of "The 100 Greatest Bass Players of All Time." He died in his sleep in 2012 after playing a gig in Japan with Steve Cropper.

Albert J. Jackson Jr., born November 27, 1935 in Memphis, Tennessee. Jackson's father, Al Jackson Sr., led a jazz/swing dance band in Memphis, Tennessee. The young Jackson started drumming at an early age and began playing on stage with his father's band in 1940, at the age of five (Wikipedia). By 14, Al Jackson had established himself as an exceptional drummer and was called, "The Human Timekeeper." Sadly, Al Jackson Jr. was murdered in 1975 in a mysterious home robbery that had connections to his estranged wife at the time.

In the early 60's instrumental "surf" bands were quite popular with bands like the Chantays (Pipeline) and The Surfaris (Wipe Out) generating big hit singles. On the R&B side, Stax records started having big hits with singers like Otis Redding, Sam & Dave, Albert King, Johnnie Taylor, Eddie Floyd, the Staple Singers, Wilson Pickett, Delaney & Bonnie and many others. Backing many of these sessions were a tight group of young musicians that would soon create a new mainstream of cross-over instrumental R&B.

In the summer of 1962, 17-year-old keyboardist Booker T. Jones, 20-year-old guitarist Steve Cropper, and two seasoned players, bassist Lewie Steinberg and drummer Al Jackson Jr. (the latter making his debut with the company) were in the Memphis studio to back the former Sun Records star Billy Lee Riley. During downtime, the four started playing around with a bluesy organ riff. Jim Stewart, the president of Stax Records, was in the control booth. He liked what he heard, and he recorded it. Cropper remembered a riff that Jones had come up with weeks earlier, and before long they had a second track.

Stewart wanted to release the single with the first track, "Behave Yourself", as the A-side and the second track as the B-side. Cropper and radio disc jockeys thought otherwise; soon, Stax released Booker T. & the M.G.'s' "Green Onions" backed with "Behave Yourself". In conversation with BBC Radio 2's Johnnie Walker, on his show broadcast on September 7, 2008, Cropper recalled that the record became an instant success when DJ Reuben Washington, at Memphis radio station WLOK, played it four times in succession, before the track or even the band had a name. For the rest of the day, people were calling in to the station, asking if the record was out yet.

The single went to number 1 on the US Billboard R&B chart and number 3 on the pop chart. It sold over one million copies and was certified a gold disc.

I've also never purchased a instrumental surfer album, or Booker T. & The MG's album. Why? I'm not the first to say that their songs are so strong individually but seem a little boxed in an album. It seems for my taste, the individual songs work better as singles or play well within a mixtape or playlist rather than a connected album.

I hope you enjoy this playlist of 60+ songs of the group going back to that first big hit in 1962. Once I put the playlist together, I found myself going to a song and then skipping down to something else. In any event, I now have a playlist of their tunes that I will tap into for years to come as songs I will use in future playlists. BTW, my favorite Booker T. & The MG's song is Time is Tight.

Enjoy this wonderful band and their timeless instrumentals my friends.

Posted by Doug McIntosh at January 23, 2023
Email ThisBlogThis!Share to TwitterShare to FacebookShare to Pinterest
Labels: Booker T. & the M.G.'s