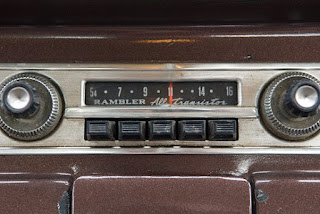 On July 6th of this year, I wrote a blog called A Stream Runs Through It. I created a sidebar called, Great Songs Ruined by Radio. I've now gotten feedback from several people, so I thought I'd feature it this week. (For me, several people = a go in this stage of my blog writing.) Anyway, If you didn't read that blog, I asked everyone, to think of great hit songs that you once loved that have been ruined for you by overplay, year after year on commercial radio.

So, from several people, Google searches and many years of being in a car, I started a bullet list with no rankings or general order of once great but overplayed songs. As the list emerged, it was clear that I was editing out songs that were definitely overplayed, but in my personal opinion, were not great and often just terrible. I'm talking about big 70's - 80's hits from groups like Boston, Foreigner and Journey that followed many of the 60's groups. Rock 'n roll has alway had its share of second tier acts, but let's just say, for a Boomer, my musical crap gauge was developed in the 70's. So please don't get hurt feelings, if you came up with, More Than A Feeling by Boston. In fact, it may be irritating that classic rock radio ruined, Stairway To Heaven for everyone, but it's a far greater crime to be in the supermarket and forced to listen to Journey's, Don't Stop Believin' for the billionth time. Anyway, this is why one writes a blog, to share their own opinion and this week, it's about greatness diminished by satiation.


So here's my current list (that I will periodically update) with the great songs and artists who recorded them. Note, I won't be creating a linked playlist this week because I (and possibly you) don't want to hear these songs anymore, okay maybe Satisfaction again in a few more years. My suggestion for the week is to listen to deeper cuts by these same wonderful people or musicians that are new to you. Also, start listening to community radio (see radiofreeamerica.com) and the sounds of fresh air.