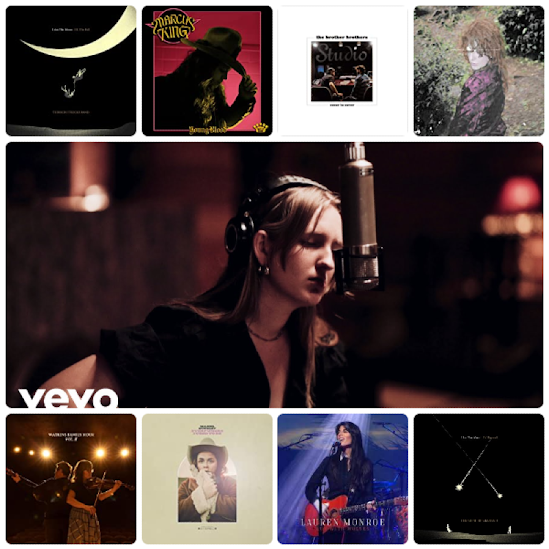 Madison Cunningham doesn't dominate the playlist this week, but I'm already getting geared up for her next album release, Revealer on September, 9th. I have been following Madison for a couple of years now. In January, 2021 she released on YouTube a home recording of the song, Life According To Raechel that knocked the running socks off friend Paul Hobbs and I when it came out. She has now recorded the song for the new album and it's the first song of the playlist, and I hope it hits you like it did us. I finish off the playlist with Madison's recent appearance of NPR's Tiny Desk Concert with four songs from Revealer.
Tedeschi Trucks Band finished their 24 song epic, I am The Moon this month, with Part III The Fall, and Part IV Farewell. I have included songs from these last two parts and just love how Susan and Derek feature all their band members, a real musical family that harks back to the Leon Russell and Delaney and Bonnie ensembles. You feel the spirit of this band and the love all the members have for one another. The late 60's and early 70's rock 'n' roll DNA lives on with this band with so many new original songs.
Speaking of that DNA, Marcus King is not related to Mountain's Leslie West, but the physical stature coupled with his kickass rock guitar chops reminds me of albums made from vinyl back in the sweet spot time period. King's new album, Young Blood with its southern blues vibe and rock guitar licks provide a nice mix throughout as my more subtle Americana tunes selection tend to dominate this week.
The Watkins Family Hour Vol. II are a big part of the Americana tunes featured in the playlist. Siblings Sara and Sean continue to make great music together since their early days starting with Nickel Creek. The album is sprinkled with guest artists including Madison Cunningham.
Hopefully, a little something for everyone as so many great young musicians make new music or cover the greats with the time honored tradition of mixing something old and something new.
Enjoy my friends!
Posted by Doug McIntosh at August 29, 2022 No comments:
Email ThisBlogThis!Share to TwitterShare to FacebookShare to Pinterest
Labels: #NewMusicMonday, Madison Cunningham, Marcus King, Sara Watkins, Sean Watkins, Tedeschi Trucks Band 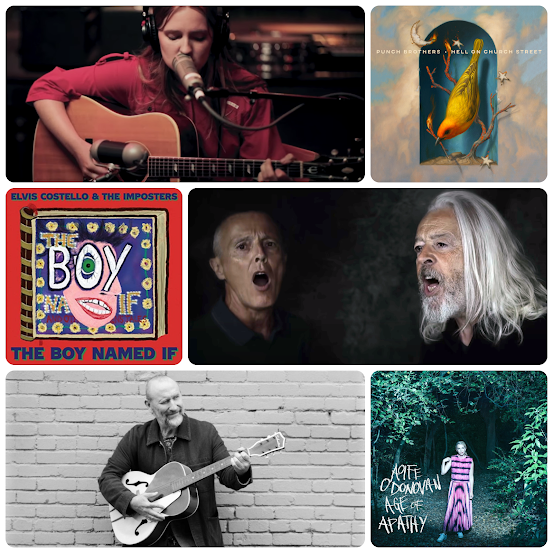 In looking for new music releases every month, I always come across singles or albums that passed me by the first time around. So as a bonus this month, I'm going to include Colin Hay's entire 2021 album, I Just Don't Know What To Do With Myself. I just found this album last week and love Colin's voice and his versions of these classic covers. His new album, Now And The Evermore is coming out in March and I won't miss that one. Rock on Colin Hay!
Posted by Doug McIntosh at January 31, 2022 No comments:
Email ThisBlogThis!Share to TwitterShare to FacebookShare to Pinterest
Labels: #NewMusicMonday, 2022, Colin Hay, Elvis Costello, Madison Cunningham

I search, review, and post new song releases or new song covers from a variety of artists. I also post new releases or covers that are several months old that my fishing line missed on the first, second or even third pass. As a boomer, I'm challenged just because I don't pay too much attention to young pop stars in the vast ocean of media. If you want to take a fun little music test, do the following.

The New and Old Game of Album Lists

Old List
How did you do? If you like, write a comment below to share your new and old list scores.
One thing that's obvious in comparing the two lists month to month is that the new lists are always greater in number than the old lists. In searching for new releases, I get exposure to so many young singer-songwriters making great recordings whether they are studio albums, live in concert, or this year, live in the living room. If you're a rock 'n' roll or Americana fan of music, the beat goes on!
Here's a new list of young Americana artists that I had never heard of before starting my #NewMusicMonday search for February. From the six artists listed here, only one appeared in the List of 2021 Albums. So if you're into Americana music, you've also learned to fish in deeper waters.
The sheer volume of music being produced today has many more streams that lead to the sea of music. For me, it's a fun charter I take once a month to catch new songs, or board a yellow submarine to search for buried treasure as the deep dive for music from the past is still a great adventure. 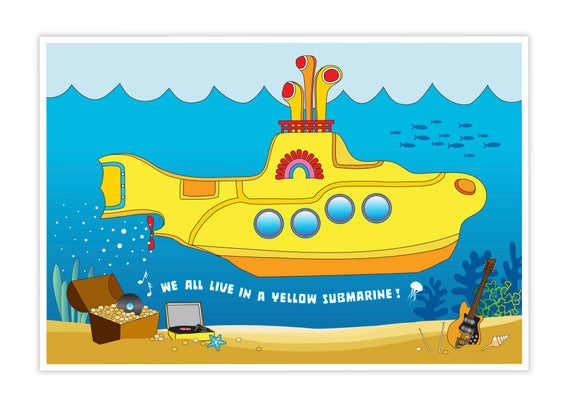 Speaking of the past, I also search, review and post old songs that have been 'newly' released.
That's my teaser for next week with none other than Mr. Neil Young.
Enjoy my friends, stay well and mask-up!
Posted by Doug McIntosh at February 22, 2021 1 comment:
Email ThisBlogThis!Share to TwitterShare to FacebookShare to Pinterest
Labels: Aaron Lee Tasjan, David Gray, Edie Brickell and the New Bohemians, John Paul Keith, Justin Moses, Madison Cunningham, Miko Marks, Willie Nelson
Older Posts Home
Subscribe to: Posts (Atom)