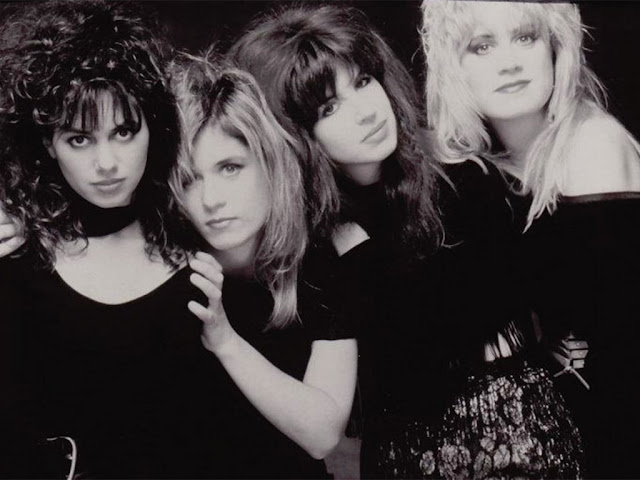 In the six degrees of separation within rock 'n' roll, I was writing about The Cowsills a couple of weeks ago and the connection of John Cowsill being married to Vicki Peterson of The Bangles came up in the research for that article.

That then got me thinking of The Bangles again this past week and their smash hit of 1986, Manic Monday. Manic Monday came to mind because in San Diego, school starts today and I was thinking of all the students and teachers who would appreciate this song on a day like today. I was a teacher for 35 years, so the thought of getting up at 6am to get ready not only for the day but the school year was always that work person's grind of, "here we go again." Anyway, whether you are going to school or work, I hope your day goes a little easier with some Monday music, and that's why I'm here.

The Bangles have always been one of my favorite bands, because of their classic rock 'n' roll sound with harmony. In putting the playlist together last week, I could hear The Byrds and the Tom Petty sound in many of their songs. This band was never a "girl band" gimmick as the media and music industry sometimes portrayed. The Bangles have lots of great songs written and played by themselves as all four women sing lead on different songs with Susanna Hoffs on her Rickenbacker guitar, Vicki Peterson on lead guitar, sister Debbie Peterson on drums, and Michael Steele on bass. 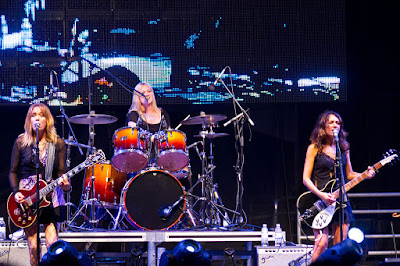 The band broke apart in the 90's as Susanna Hoff's was getting more lead vocals and attention from their record company, but like most hugely successful rock 'n' roll bands, they came back together in 2000 after taking a decade off as The Bangles.

In 2004, Michael Steele left the band during the middle of their tour and today the band consists of the other three original members.  I would love to see these ladies live someday and now follow their Facebook page for such an event!

Recently, I was eating lunch with my wife at the Prado in Balboa Park and put my phone on the table. I had my default ringtone set to the intro of Walk Like an Egyptian. Well, the phone rings and the Walk Like intro begins. A waiter walks right over to me and says, "You like The Bangles?" I say, "Yes," and she gives me a high five and walks on, like a busy waiter. Fans everywhere.

The Bangles are timeless and have taken good care of their voices and continue to play well together as a band. As a big fan of female rock 'n' rollers who can harmonize, I recommend them as a class act to follow.

Posted by Doug McIntosh at August 27, 2018
Email ThisBlogThis!Share to TwitterShare to FacebookShare to Pinterest
Labels: The Bangles