The Cowsills - How the good shines through 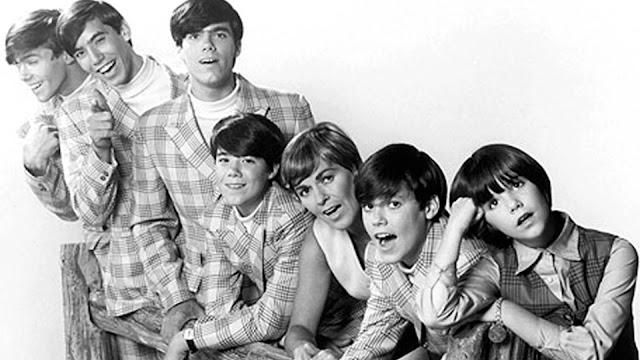 Back in time there's a place I remember,
Feels so long ago.
Everything I imagined was in my reach,
Knew that it was going to last ever more.

(Chorus)
All I can say, yeah,
How the good shines through.
They were some good years.
From: Some Good Years, The Cowsills

Have you ever felt you were about to achieve a higher level of success and for whatever reason, that next level was taken from you? Times that by seven and you may want to lean in and hear the story of an exceptionally talented family, a family that could have been rock 'n' roll hall of famers. When I say talented, each one of the six Cowsill children were musical naturals that could all sing and play different instruments to their perfect harmonies. The Cowsills were in fact real contenders in the rock 'n' roll world of the late 1960's. 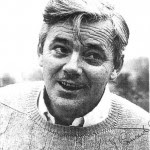 However, this musical family story begins and looms with the dark cloud of Bud Cowsill, The Cowsills abusive alcoholic father, and controlling manager of the group. His actions alone, would not only create a tremendous negative impact to his seven children growing up (including his wife Barbara), but to their collective fate in popular music history.  This story doesn't end with Bud, but it does have a long and winding road with many ups and downs for all of the Cowsills due to Bud's complete control over the family. One quick example, look at the header picture above of the family band. There is actually one son missing from the band, Richard. Richard (who died in 2014) was Bob's twin brother and excluded from the band from the very beginning, by Bud. Instead of playing music with his siblings, Richard was shipped off to military school and then, onto two tours in Vietnam. Yeah, Bud's a great guy.

As you look at the header picture left to right- The Cowsills begin with the oldest child,  Bill (or Billy) who was the band leader and lead singer of the group. Billy and Bob (two over from the left) start as a duo in 1965 after learning how to play guitars in the late 50's and early 60's. They work up to singing together in clubs around Newport, Rhode Island and begin to gain some traction locally. Smelling success right under his nose, Bud steps in and to his credit gets the boys more gigs, and expands the group with John (fourth from left) and Barry (sixth from left). After a little reshuffle, John moves to drums and Barry to bass. 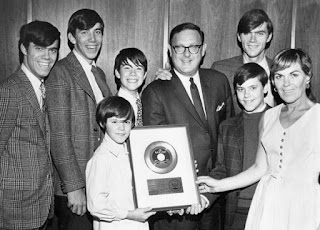 The Beatles were the four boy's idols and their sheer motivation and ability took them on a sky rocket ride, from the boys watching their heroes on The Ed Sullivan Show in 1964, to themselves appearing on Ed Sullivan only three years later in 1967. Leading up to 1967, Bud thought it best to add Barbara, their mother and then, Susan (seventh from left), and finally Paul (second from left) to the group. In effect, Bud had himself a Sound of Music rock 'n' roll Trapp Family Singers.

Bill laments in the film documentary, Family Band: The Cowsills (a film by Louise Palanker, 2011- available here on Amazon), how any teenage boy would react when told that his mother was going to join his rock 'n' roll band! But the family did exactly what was told of them by their father. If you get a chance, watch the documentary, it's a must see as I'm just skimming the surface here to a very complex saga. From 1967-1969, The Cowsills have three top 10 Billboard singles and are riding on top of the world. Then Bud does two critical epic fails as manager. In 1969, he fires Bill (over smoking some pot, but it's much deeper as Bill is beginning to butt heads with his dad) and then, he fires the band's writing team of Artie Kornfeld and Steve Duboff. Korfeld and Duboff wrote, The Rain, The Park, & Other Things, specifically for The Cowsills that in 1967 reached #2 on the American Billboard charts and #1 in Canada.

I don't know how a father fires his own son, but Bill (only at 19) was the singer-songwriting leader of the band whose own star was rising fast. I will say that Bill was so promising as a musician, that if things had turned out differently, we might have been talking about him and The Cowsills at a level at least in sight of another family band, The Beach Boys. Today, Brian Wilson is called, "a genius," but even with Brian's own controlling father, was given a creative incubation environment that allowed him to thieve as an artist. Billy on the other hand was never given anything close to that incubation opportunity to steadily grow. Instead, Billy was often psycho bullied, physically beaten up and literally driven out of the family by his father that he moved to Canada to start a new life. Removing Billy killed The Cowsills as a top act who quickly crumbled and disbanded by 1972. 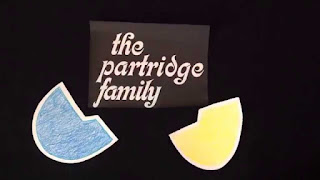 How does a working family regroup from such folly? To make matters worse, and pouring salt in an open wound, Hollywood comes knocking in 1970 and wants to put the Cowsill kids on  television (ABC) as a family band TV show. But instead of using Barbara Cowsill, they hire Shirley Jones as the mom, and after the family declines the offer because of this fact, hire Jones' real step-son David Cassidy to be the stars of the The Partridge Family (from 1970-74). I had to add the Partridge Family logo here because, don't you think it's a bit ironic?

In the years following, Bill and Barry both had a rough journey. Bill created a musical career for himself in Canada and lead various bands (including The Blue Shadows) and produced many artists, but also developed numerous health problems.  Barry who was a fantastic singer and bass player was also a teen magazine idol (my wife as a 6th grader was in love with him).  As an adult, he did some solo work but with a lot more drinking mixed in throughout his life. Barry died in the aftermath of Hurricane Katrina in 2005, as he refused to leave New Orleans. Bill died shortly after in 2006 from his medical problems. 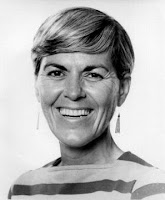 Mom Barbara, died in 1985 from emphysema and who's memory (as "minimom") seems to be closely protected by all the children. One can only imagine her life with Bud and trying to keep her family together. As for asshole Bud, he died in 1992 from leukemia and according to Bob in the documentary, never accounted for the estimated 20 million dollars The Cowsills generated in the late 60's that he subsequently lost in the years following. To this day, the rest of the family has never seen a penny of that money.

So that's the backdrop past. However,  there's a whole flip side to the Cowsill family album- a family that can look back, but with a focus on moving forward with great character and stamina for life.

Bob who was forced to step into his older brother's role of lead singer when Billy was kicked out, has managed to keep the band The Cowsills alive and kicking all these years. Along with Paul and Susan they continue to perform as a band with a second generation of family members and many different offshoots.

John is a professional musician who played with the regroup of the band in the 1990's and today is the drummer of the touring Beach Boys band featuring Mike Love and Bruce Johnston. John is also married to Vicki Peterson, a founding member of The Bangles. Vicki Peterson has also played with Susan Cowsill in The Psycho Sisters. Susan along with playing with The Cowsills for many years has her own band, The Susan Cowsill Band and also played in the Continental Drifters. Bob Cowsill has played over the years with The Bob Cowsill Band and I included a great Beatle cover they do in the playlist this week. 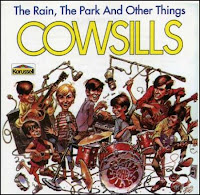 So what attracted me back to The Cowsills after all these years? It was one of my favorite songs as a middle schooler in 1967, and their break out smash hit, The Rain, The Park & Other Things. That song has such a great hook. A couple of weeks ago, I looked it up on YouTube for my Summer Tunes blog, and now I still can't get the harmony chorus hook out of my mind! 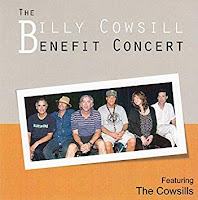 What really got my attention was not the original recording, but the 2004 video of Bob, Paul, Susan and Barry (including Bill's old friend and mentor, Waddy Watchtel) performing it live. The family had come together for a benefit show they organized for their original leader and brother Billy to help fund his medical bills. From this live recording and album, The Billy Cowsill Benefit Concert at the El Rey Theater in Los Angeles, The Cowsills were not just an oldies act, but a fresh band who still had the harmonies! In my playlist this week, you have to listen to, I Really Want To Know You with Susan on lead vocal, it brought me to tears. And if you're me, playing 'shoulda coulda', listen to their 1990 release, Is It Any Wonder, now please that song should have been a 90's era hit single! 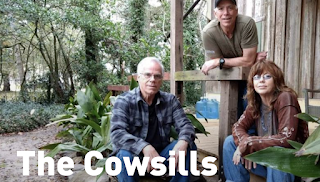 Fast forward to now and The Cowsills have a new (and they say last) album coming out soon.

They are controlling the distribution through PledgeMusic and here is the link to their campaign. As of this writing, they have 19 days left and just got 103% funded! I bought the pre-order CD for $15 (that must have been the  order to put them over ;-) and go ahead and hit that link if you're interested. 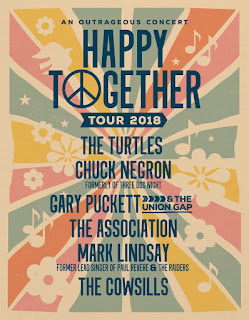 The Cowsills are currently on tour with the Happy Together Tour 2018 that I now see I missed in July in Orange County, darrnnnn. They are currently finishing the tour in the mid-western states if my little blog has somehow reached you on the plains.

I'll finish with the old saying, "what doesn't kill you, makes you stronger" could be applied to the Cowsill children as they grew into adults. I can't help but think that Billy, Barry and Richard's identities and spirits were irreparably damaged by their father that had a lifetime effect and probably contributed to their early deaths. For Bob, Susan, John and Paul you see their love for all their siblings in the videos. They survived their roller-coaster up and down early years, and live their lives with such a positive energy moving forward, and that my friends is how the good shines through.

Posted by Doug McIntosh at 5:40 AM

Email ThisBlogThis!Share to TwitterShare to FacebookShare to Pinterest
Labels: The Bangles, The Beach Boys, The Cowsills, Waddy Wachtel