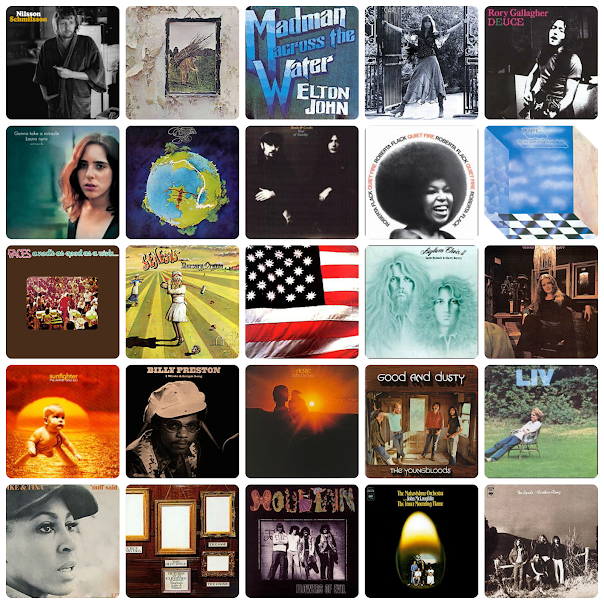 1971 has been often critiqued as the best year in rock 'n' roll. If you've been following my Fifty Years of Music series this year, it's hard to argue with that statement, and this month is one of those monster months in music history that delivered iconic albums and songs.

I spent more time listening than writing this past week which made me think that for rock 'n' roll fans in 2021, we probably would have died and gone to heaven with these caliber of songs spread over a current year must less 30 days.

So let's get right to it with this impressive group of albums released in November, 1971 just in time for the holiday shopping season with our boys still fighting in Vietnam.

Posted by Doug McIntosh at November 08, 2021
Email ThisBlogThis!Share to TwitterShare to FacebookShare to Pinterest
Labels: 1971, Fifty Years of Music