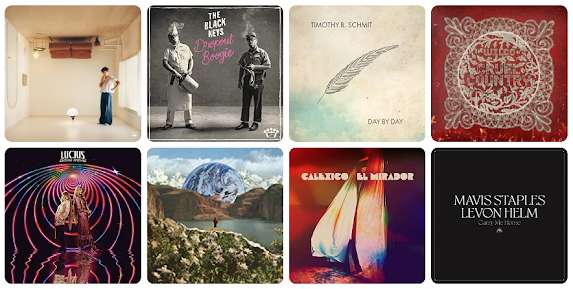 Pop music. I'm mostly underwhelmed by most pop artists and bands today, and then Harry Styles came along a few years back. He's so good, and getting better. So good in fact, that I keep listening to his new album, Harry's House like I used to listen to new albums. I think it's simply fantastic! Harry's a terrific person who's really lifting people up with this new album and it's perfectly timed to counter the hate in our increasingly 'cruel country.' Go Harry!
Last Friday, my daughter Shawna stopped by to help me take my car in for some service. While my car was in the shop, we drove together to get some breakfast at our favorite, DZ Akins. In her car, she starts to play Harry's House and asks me if I have heard any of the new songs?
She then tells me how Harry Styles is part of a group of artists with a special invite to Joni Mitchell's house (pre-Covid) to play, sing and just jam together. Harry's House is in fact a Joni Mitchell song (not on Harry's new album) but on her 1975 album, The Hissing of Summer Lawns (still part of my vinyl collection). I'm sure as polite as Harry is he probably asked for permission first, as Joni tweeted her approval when the album was announced in March. Oh Harry, the friends you keep.
In my opinion,  I think Harry Styles is going to be the artist of his generation as his greatness has only just begun.

I was also pleased to discover that this was a great release month for new rock 'n' roll and Americana with a little something for everybody. I'll let my usual album focused playlist speak for itself this month.

But first, something more important from the editorial desk-
My fellow 90% of Americans, enough. It is time to vote out all the politicians who don't support background checks on all gun sales. These same NRA funded politicians continue to support the insanity of letting the general public continue to buy assault weapons with high-capacity bullet magazines. I think the NRA's issue of Democrats taking away people's guns for hunting animals has never been the issue at all. But now more than ever, Americans face the much larger crisis of people hunting people with AR-15 style rifles (60 Minutes) as their mass weapon of choice in our schools, churches and public gathering places. It's way past time to throw these assholes out of office and their semi-automatic thoughts and prayers. Enough. If you didn't watch 60 Minutes last night, I recommend you click on the link above.

Now Harry Styles brought me to Everytown for Gun Safety where he has just donated 1 million dollars to this leading non-profit organization. I can't match that but Mike Bloomberg is tripling Harry's donation and yours too if you make a donation by May 31st. I just donated $25 so thank you Mr. Bloomberg for tripling that!

Enjoy the music my friends.

Here is the YouTube Music app which is great for listening to this playlist on your phone. Click on the text link below.
https://music.youtube.com/playlist?list=PLE7OYmYUxGQfTBn0w_OOa-iC7Pa-_FBAG&feature=share
Posted by Doug McIntosh at May 30, 2022
Email ThisBlogThis!Share to TwitterShare to FacebookShare to Pinterest
Labels: #NewMusicMonday, Harry Styles, The Black Keys, Timothy B. Schmit