On average, it takes my wife about two years to adopt one of my ideas. I'm patient, I'm in it for the long run.

Recently, I mentioned to her that my right knee pain had disappeared, and for some reason she was all ears when I told her about my new running shoe inserts. You see, for the greater part of six months she has also been having right knee pain and suddenly the typical "yeah, yeah yeah" response was replaced by... "Really!"

Maybe she has a history and good reason not to listen to me. For example, I was the one who talked her into spending $400 on orthotics that really didn't work out for either of us.

In fact, I came to the conclusion that my orthotics were actually working like a permanent foot cast, perpetually preventing my feet from naturally healing. I eventually had surgery for plantar fasciitis on my left foot, then later, started developing plantar fasciitis in my right foot.

After reading the book, Born To Run by Christopher McDougall I began to change my patterns with regard to exercise and my feet.

I started walking barefoot in and around the house letting my feet feel the earth again. It was a start. I ditched the orthotics. I ditched all my running shoes designed with the curved back heel which force you to strike your foot on your heel when running. Thanks Chris McDougall, that was a big tip along with wearing flat running shoes (see Zero Drop Altra)!

Eventually, my right foot plantar fasciitis pain started to go away and now its gone, for now. As you know, "it's always something" and that pain may one day again say, "not so fast buster."

No magic here, but lots of problem solving in the quest to keep moving forward.

"What about the inserts McIntosh?"

Oh yeah. After great research on Amazon... and now another attempt to be a social media influencer.

I found a pair of Dr. Scholl's insoles for $15. These insoles come in size 14 and you just cut them around the cheap ass inserts that came with your shoes and insert The Dr. Scholl's in their place. Doesn't matter if your shoes were $150, they all come with cheap ass inserts. Tip- Use a good pair of scissors to get a clean cut with the new insoles.

What makes these insoles a keeper? They come with three bottom foot pads: one gel pad for the landing foot pad area, a flexible arch support, and a gel heel pad. Simple and durable. My insoles are currently about 8 months old and still feel new.

And most importantly, the little missus loves them! Her knee pain is now down several pegs on the 10 point pain scale, and my status is up! 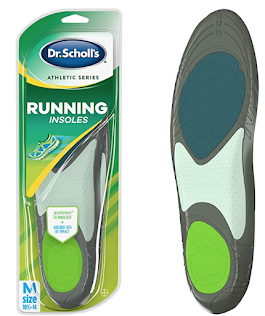 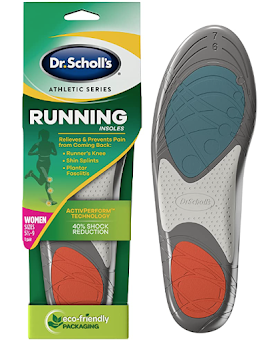 Here's the women's Dr. Scholl's Insole on Amazon- Dr. Scholl’s Running Insoles // Reduce Shock and Prevent Common Running Injuries: Runner's Knee, Plantar Fasciitis and Shin Splints for Women's 5.5-9
Price: $13.56
I will say 90% of the songs on this playlist came while running in these insoles, and that's Rubber Soul on the go!
Lotta mid-60's and jingle-jangle this week.
Thank you for being a friend.
Posted by Doug McIntosh at October 03, 2022
Email ThisBlogThis!Share to TwitterShare to FacebookShare to Pinterest
Labels: #BestSongiHeardToday