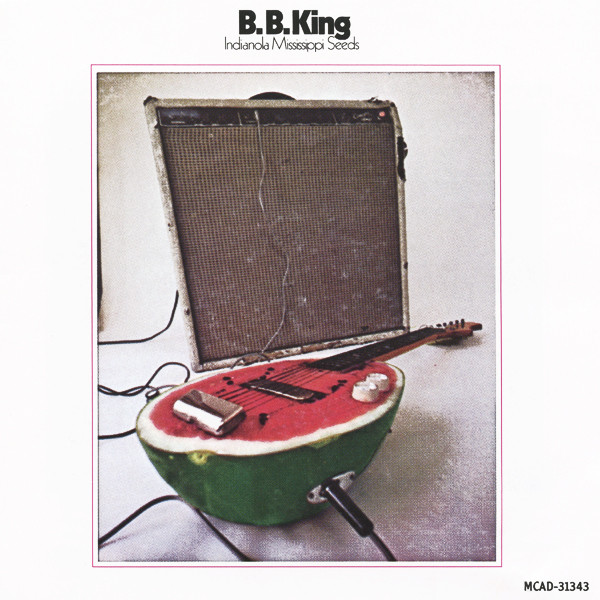 B.B.King's Indianola Mississippi Seed released in October, 1970 is an outstanding album and one of my favorite album covers of all-time. The album begins with "Nobody loves me, but my mother, And she could be jivin` too." I can't remember where I first heard that lyric, but I do remember laughing out loud it was so funny! This was B.B's 18th studio album and he finally gets his mainstream attention due as Producer Bill Szymczyk decided to follow up on the success of the [1969] hit "The Thrill Is Gone" by matching King with a musical all-star cast [including Leon Russell, Carole King, Joe Walsh and Russ Kunkel]. The result was one of King's most critically acclaimed albums and one of the most highly regarded blues crossover albums of all time. Wikipedia 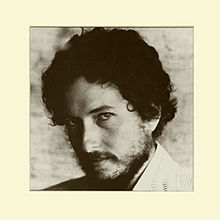 Bob Dylan's New Morning released in October, 1970 was purchased by my friend Bill DeVoe, who I remember invited me over to his house to listen to it. His parents had an old portable turnable with crackling speakers that gave it an older feel like you were listening to an old 78 rpm rather than a 33 1/3 LP. The record player was set up in their dining room that led right into the kitchen. I mention this because we would often make a snack of Oroweat® 'HoneyWheat Berry' toast and would wash it down with a Coke. I had many a snack and meals at that table with Bill and his parents. So my memory of listening to New Morning for the first time is fondly associated with toast, my all-time favorite morning, noon, or night snack.
This album has the song, If Not For You that I really liked and was happily surprised when George Harrison also recorded it for All Things Must Pass, a month later.
I was a Johnny come lately to Dylan, and was really impressed that Bill had purchased this album, and as a result started listening to him more and more. I'm kind of disappointed that Bob Dylan has only released two songs from that album on YouTube (If Not For You and The Man In Me) and found one more (Went To See The Gypsy) to include on the playlist this week. So here are the links to the album on Spotify and Amazon Music. It's really worth a complete listen, I suggest in the morning with toast, butter and apricot jam.
New Morning on Spotify
New Morning on Amazon Music 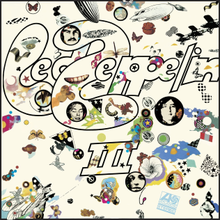 I was never a huge Led Zeppelin fan like so many of my peers, but Led Zeppelin III kind of woke me up that this band was more than just a hard rock band. The folk and blues roots really jump out here and I just loved listening to this whole album the past several weeks. I've said this many times, my blog is just an excuse for me to go back and appreciate all the albums I didn't zero in on when I was young and stupid. 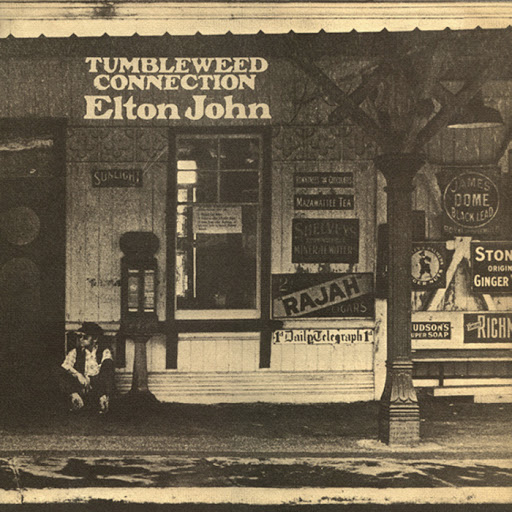 This week's playlist has enough songs for several sits, walks or runs. Two weeks ago, I featured Elton John's Tumbleweed Connection (read here) and have included all the songs again here as I simply love that album! This playlist also includes an outtake that I recommend you hear. It is an early version of Mad Man Across the Water, which in 1971 we all thought was Bernie Taupin's thoughts about Richard Nixon. Bernie Taupin had this to say: Back in the seventies, when people were saying that "Madman Across the Water" was about Richard Nixon, I thought, That is genius. I could never have thought of that. (Wikipedia). I wonder if he's thinking that now about Donald Trump? This version features Mick Ronson on guitar and I think you will enjoy this one.
Also on tap are songs from Arlo Guthrie (see- Arlo Guthrie Retires From Touring: ‘It’s Time to Hang Up the Gone Fishing Sign’), Joan Baez, Genesis, Tom Rush, Don McLean, The Supremes, Tony Bennett, Big Brother and the Holding Company, Pink Floyd, Paul Siebel, The Strawbs, and Frank Zappa.
Enjoy my friends, stay well, mask up and vote. Eat it up! 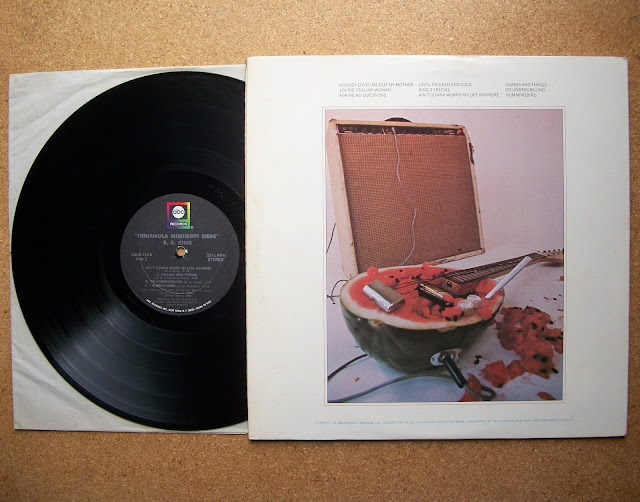 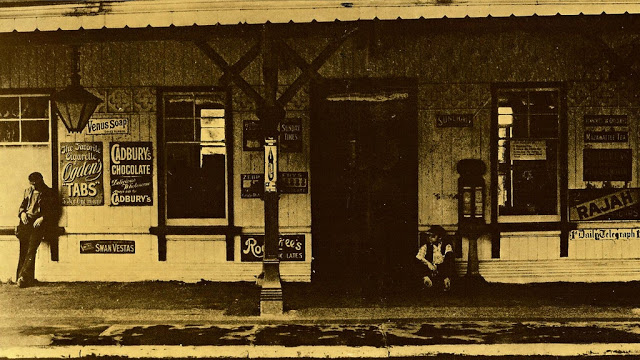 Elton John's third album, Tumbleweed Connection was released on October 30, 1970 in England, and in January, 1971 in the United States. This Americana-themed album is one of my favorites of all-time.
In 1970, Elton was having his breakout year with the release of Elton John in April, then his legendary August run at the Troubadour in Los Angeles, followed by this fall classic release in October.
Like so many British kids born right after World War II, both Bernie Taupin and Elton John were heavily influenced by American culture and music growing up. Tumbleweed Connection is a reflection of Taupin's obsession with the American West and perfect timing as the wild west was again back in vogue in the late 60's and early 70's in both film and music. Country Rock as a sub-genre was also getting a full head of steam from bands such as The Byrds, Buffalo Springfield, The Flying Burrito Brothers, Linda Ronstadt and Leon Russell that inspired John and Taupin to dive into this country-themed album.
The artwork cover and inside photos are perfect - The wraparound cover photo for the album was taken at Sheffield Park railway station in Sussex, approximately 30 miles (50 km) south of London on the Bluebell Railway. Photographer Ian Digby Ovens captured John (seated to the right in the photo but appearing to the left on the front cover, shown above) and Taupin (standing to the left, on the back cover) in front of the late-nineteenth-century station, to represent the album's rural Americana concept despite the English location. Additional photos were taken from the interior of a train on the line for the album liner notes and libretto. Wikipedia
I had always wondered where the cover photo was taken as none of the train station advertising signs seemed familiar. I think it's cool the way they used the English railway station with its dated feel and thus, the connection between to the two countries and culture. 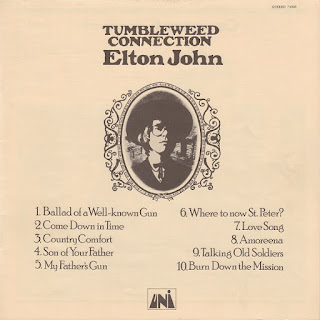 The lyric insert is also a sheer delight as any fan loves to read the lyrics and look at the artwork while listening to the album on the turntable. This album had everything, great songs wrapped in an appealing consumer package. My friends and I all became Elton John fans immediately after Tumbleweed Connection. This past week, I'm holding my wife's original copy and its in prestine condition as she is a hardcore fan and my own memories just flood back as we listened to all his 70's records together in high school and college. When I opened the lyric insert after so many years, I thought, "They really nailed this thing!"
In 1970-71 as a sophomore in high school, even with the Vietnam War on the nightly news, this still was my age of innocence. Bernie and Reg had made a Western rock 'n' roll album as good as the 1969 film, Butch Cassidy & The Sundance Kid, and if you memorized lines and play acted scenes from that movie, you probably memorized a lot of the lyrics from Tumbleweed Connection.
Please make the time this week to listen to the whole album and those lyrics will surely come back to you as quickly as the time from then to now.
And it's good old country comfort in my bones
Just the sweetest sound my ears have ever known
Just an old-fashioned feeling fully-grown
Country comfort's in a truck that's going home
Posted by Doug McIntosh at October 12, 2020 No comments:
Email ThisBlogThis!Share to TwitterShare to FacebookShare to Pinterest
Labels: 1970, Bernie Taupin, Elton John, Tumbleweed Connection 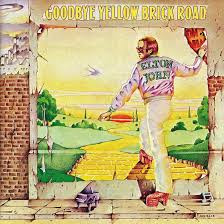 Looking through a special souvenir book yesterday, I got this song playing in my head and it goes back to a very happy time in my life. Harmony by Elton John on the 1973 double album, Goodbye Yellow Brick Road is Elton on a very high mountain after this incredible streak of albums -


My girlfriend at the time, Mary Kit just loved Elton John and we got to see him three times together, first at the famous 1973 Hollywood Bowl show and then at the Forum in 1974. In 1975, Mary Kit won tickets where Elton and the band celebrated five years of success in America by preforming a benefit for the Jules Stein Eye Institute at Doug Weston's Troubadour (250 seats) in LA. I'll never forget being at her house when she got the call that she was selected from all the people who entered their names for the drawing. We thought we had won the lottery and yes, we did win the lottery.

During that incredible show, we spotted Bernie Taupin just to left of us standing by a door. We got up, went over to him as he was surrounded by several girls. Mary Kit marched right up to him and just started talking to him. He spoke to her for several seconds and then gave her a kiss on the cheek. That was a very cool moment. At the time, we had just started our junior year of college at San Diego State University and I had driven us up in my 1968 BMW 1600. This was a very used car I purchased in LA for $800. Anyway, when I got down to San Diego, the clutch started going out. On the trip up to the Troubadour for the concert, it really started going out. We parked it in a lot and went to the show. On the way home, I had to ride the clutch and don't remember ever getting out of 3rd gear. The fog was thick along the coast. I was white knuckled driving thinking the clutch was going to fall out of the engine, couldn't see more than 10 feet in front me and my girl friend is just so very happy on her best date ever!

This past year, Mary Kit and I saw Elton John at Caesars Palace in Las Vegas. Needless to say,
Harmony and me
We're pretty good company
Looking for an island
In our boat upon the sea