Something old, something new... part of the good luck tradition for a bride on her wedding day. In the past several months I haven't seen any brides floating about, but thought I'd borrow the expression.

Three weeks ago, I put together a playlist of "something new" music releases from January-March, 2020 thinking that might be popular with so many people home and online. It wasn't a dud but maybe not the #ComfortSongs to go along with maybe some of the #ComfortFoods you've been wanting or having at your #StayatHome. By the way, has cooking made a comeback at your house too?

Last week, I put together the 50th anniversary of CSN&Y's Déjà vu album, and Joni Mitchell's Ladies of the Canyon, and that got a pretty good bump of blog hits coming in. With that in mind, I'll continue the "something old" theme by highlighting albums released from January - March from 1970. It's an amazing collection of albums and the number of great songs within those albums are truly impressive.

Here are a few thoughts I strung together while putting this 100+ Playlist together derived from my Wikipedia source, 1970 in music. 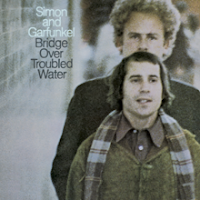 I'll start with the Grammy album of the year for 1970,
Bridge over Troubled Water by Simon and Garfunkel. What's not to like on this entire album. If I have to pick one to start off the playlist, I'm going with Cecilia an all-time favorite which also reminds me of a quick story growing up in a Baptist Church. I remember when Love The One You're With was a hit by Stephen Stills in late 1970 and a girl in my youth group commented to me, "I just can't stand these dirty songs like Cecilia and Love The One You're With." About a year later, I came up to her at church and said, "Guess you'll have to add Change Partners to your dirty songs list." 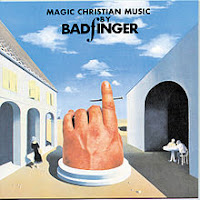 The Magic Christian was a February 1970 movie starring Peter Sellers and Ringo Starr. The soundtrack, Magic Christian Music is by the band Badfinger and features their first big hit written and produced by Paul McCartney, Come and Get It. I thought this was going to be a quick skip-through album, but I kept saying to myself, "wait a minute, this one's good...this one's good" and so on. Like so many albums I discover fifty years after their release, Magic Christian Music's a gem from a truly great band as most people only know their hits. 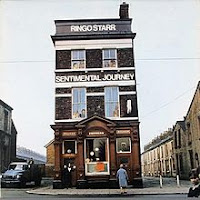 Last week I watched a 2011 documentary about George Martin (the 5th Beatle) on Amazon Prime called, Produced by George Martin (link here) that I highly recommend. George Martin produced Ringo's first solo album, Sentimental Journey and the two make a great team doing a complete album of "standards" that had not had been attempted by any rock star until Ringo did it. Ringo has always been maligned by the press over the years, but now most critics say he's not only a great drummer but a very good singer to boot. Listen to Ringo sing Night and Day by Cole Porter. 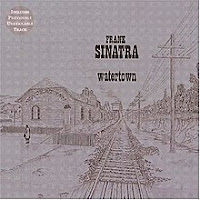 When I was fifteen, I would have never have listened to Frank Sinatra's Watertown, much less Ringo's Sentimental Journey. In Watertown, Sinatra takes a 1970 ride on the singer-songwriter wave with a themed-based album.  All the songs were written by the same team of  Bob Gaudio and Jake Holmes which is something Frank had never done before. This indeed was a risky move as Watertown was Frank's worst selling album, but the critics loved it and I think it's a wonderful album too. It's a heartbreaking tale of a wife who leaves her husband and two children searching for stardom. Make sure you listen to, The Train. 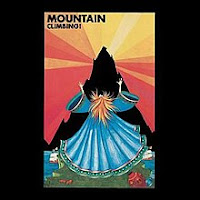 If I didn't mention the band Mountain here, I'd probably get a concerning phone call from my old friend and childhood next door neighbor Ron Zieman wondering if I lost my mind. Ron introduced me to the best "heavy" rock bands over the years starting with Cream. Felix Pappalardi who produced some of Cream's albums started Mountain with Leslie West and their first album Climbing climbed the charts with their big hit, Mississippi Queen. When the group proceeded to record "Mississippi Queen", Pappalardi insisted on numerous takes. Growing weary, Corky Laing the drummer started using the cowbell to count off the song. Pappalardi liked it so much he left it in the mix, creating the song's recognizable intro (Wikipedia). And as Christopher Walken would say, "More Cowbell." 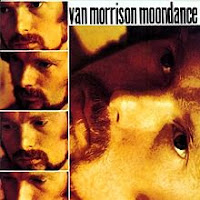 Moondance is simply one of the greatest albums of all time. As a teenager I really didn't appreciate Van Morrison until I got to San Diego State and started rooming with my buddy Mark Hunter. Mark was from Millbrae CA, just south of San Francisco and if you're from the Bay Area you know "Van the man." Every song on this album is fantastic. In the last several years, I've really taken a deeper dive into his music and loved seeing him in Las Vegas in February. Check out Into the Mystic, this song is right up there... 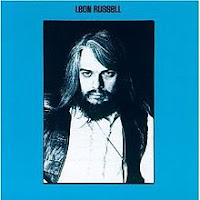 The personnel on Leon Russell's debut album is largely a who's who of rock 'n' roll royalty, not to mention half of England. Again, so many great songs on this album including the all-time, "A Song for You", written by Russell, is a slow, pained plea for forgiveness and understanding from an estranged lover, the tune is one of Russell's best-known compositions. It has been performed and recorded by over 200 artists, spanning many musical genres. Elton John has called the song an American classic (Wikipedia). 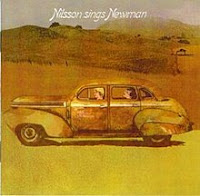 I purchased Nilsson Sings Newman in a used record shop after Harry Nilsson become really famous with his 1971 album, Nilsson Schmilsson. Again, this album is filled with great songs. Both albums followed me to college and I listened to them often in my dorm room and then in a series of forgettable apartments. In fact in my first forgettable apartment, my complete stereo system was stolen (a high school graduation present) with Harry Nilsson's 1974 Pussy Cats album on the turntable. I'll never forget coming home, opening the door and seeing a large empty space where the stereo system used to be with now the Pussy Cats empty album jacket laying in its place. My first thought was F***!!!!!, then I thought, well Pussy Cats was not Harry's finest hour on vinyl. But as long as I'm talking today about great "standards" albums like Sentimental Journey and Watertown today, check out Nilsson's 1973 A Touch of Schmilsson in the Night, a classic and one of Harry's finest hours. 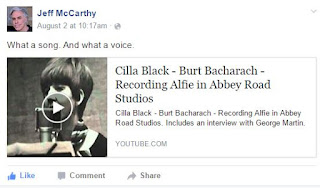