April and May of 1970 reminds me of freshmen high school baseball. I wasn't the greatest player but was fast enough to often beat out an infield hit. On the defensive side I played first base. I loved playing first base simply for the reason that the ball usually came to my glove from a variety of infield hits, almost every inning. As a freshmen, I followed the crowd and played football and baseball. In hindsight, I wish I had focused on cross-country, track, and tennis.

But, that's not why I started this blog. The picture above, hangs in my bedroom/bathroom area and I look at this picture almost everyday. If you look at my grandfather's teammates, they are wearing the uniform of the day which was probably made of wool. Now my outstanding memory at 15 of playing baseball for the Santa Maria Saints was not any special play I made, it was the very old hand-me-down uniforms they gave us to wear. I swear to God, they gave us these wool baseball uniforms that could have been just a few years removed from my grandfather's playing days. My long-term memory on this one is specifically tactile, it was the constant goddamned itching of my uniform on warm spring days! 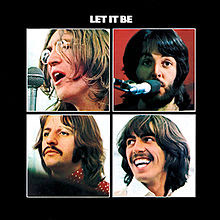 Now my outstanding musical memory of 9th grade was Let It Be.

In 1964, I saw The Beatles first appearance on  the Ed Sullivan Show on a Sunday night after church. We were in our living room with our good friends, the Reyburn family. So my brother Steve, sister Stephanie, and the three Reyburn children (Steve, Cheryl, and Brenda) and I are were all huddled around the TV with our parents sitting behind us. As the Beatles are performing, my dad (Buddy) and Mr. (Lee) Reyburn are making fun of The Beatles and we are telling them to, "SHUSH!"

Now fast forward to the summer of 1970, and I'm on a backpacking trip in the Sierra's with Lee and son Steve, my dad, and my brother Steve, all jammed in our family Vista Cruiser station wagon. We had a fantastic week hiking and fishing, and make it back to our parked car near the old China Peak Resort. We all pile into the car exhausted, and my dad drives home. At some point on the trip back home, my dad turns on the radio and after a while the song Let It Be comes on. We all sit silently and listen to the entire song. Lee Reyburn turns around from his front seat to us kids in the back, looks at me directly and says, "That is a beautiful song and I give The Beatles a lot of credit for writing such a song." Lee Reyburn was a real nice man and I liked him very much, and on that day, I connected with him for the rest of my life. Rest in peace, Buddy and Lee.

Now the playlist this week is chock-full of wonderful albums experienced at the time, and more discovered and appreciated later. 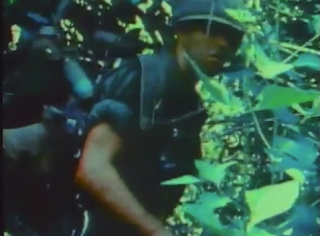 On this Memorial Day, there are several songs in the playlist that cover aspects of soldiers and the Vietnam war. As a 15 year old, I experienced the Vietnam War through the CBS Evening News with Walter Cronkite. In the summer of 1970, CBS aired a documentary in prime time called, The World of Charlie Company. I was glued to the TV watching an embedded film crew follow the 100+ soldiers of C (Charlie) Company, 2nd Battalion, 7th Cavalry Regiment, 1st Cavalry Division in 1970 during the Vietnam War.

The unit routinely patrols the harsh, heat-filled Vietnamese jungles in War zone C near the Cambodian border west of Saigon looking for enemy contact and supplies. The soldiers are worn down on every patrol by the exhausting conditions of heat, dense foliage and biting insects. The troops express diverse opinions about fighting the war. One soldier who opposes the war says he hasn't fired his weapon, a mortar, since arriving in South Vietnam. Others talk about killing the enemy as routine. "Killing gooks don't mean nothing," says one. The medic, a pacifist, says, "Killing for peace just don't make sense." The troops talk about their lives back in the United States that they commonly refer to as "back in the world." Wikipedia

This documentary rocked my little world! I realized I was just three to four years younger than many of the boys fighting in the jungle for their lives everyday. God bless those boys! (I have included 3 video clips of Charlie Company at the end of my playlist. The first clip, was filmed on the morning of my 15th birthday.) 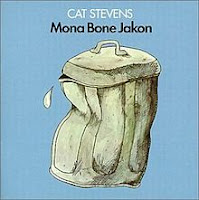 Okay, I'll finish this one on a happy note. I started dating my girl friend, Mary Kit in the spring of 1973. After coming back from a first date movie, the original Bloom in Love, we sat together on a red ottoman in her family room and listened to the 1970 Mona Bone Jakon album by Cat Stevens. Our first, 'our song' was Lady D'Arbanville. The red ottoman now resides in our living room.

Enjoy this playlist, and stay well my friends!

Note 1 - On the McCartney album, since I did a blog on the subject a few weeks back, I decided to just add the songs I didn't feature in A 'What if' Album: Apple Scruffs • The Beatles.

Note 2 - On May 11, 1970 the triple album, Woodstock: Music from the Original Soundtrack and More was released. I chose not to feature it here, as I've written about Woodstock previously and usually don't feature live or compilation albums. However, in this playlist I do sneak in several songs from The Who's Live at Leeds.

Posted by Doug McIntosh at May 25, 2020
Email ThisBlogThis!Share to TwitterShare to FacebookShare to Pinterest
Labels: 1970, 50 Years of Music, baseball, Bud McIntosh, Cat Stevens, Lady D'Arbanville, Let It Be, The Vietnam War