The Senate A Silent Majority, and the #WrongSideOfHistory 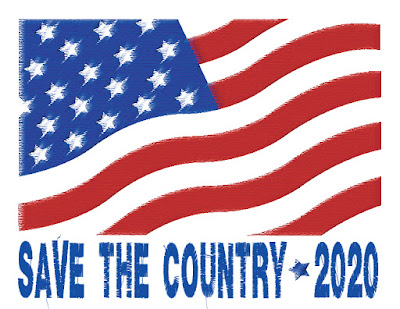 Just over a year ago, I wrote a blog titled, Save The Country, 50 Years Later and the #WrongSideOfHistory based on Laura Nyro's 1969 song, Save The Country. I made the graphic above, and then updated it for the 2020 election. The song, Save The Country spoke to me historically as I got to comparing the times of the Nixon and Trump administrations. In retrospect, Nixon was a peashooter compared to Trump's cannon of lies and corruption as Tricky Dick's got nothing on the Swamp Creature.So like many of you, I grew up during the Vietnam War, the Nixon administration, and Watergate. In high school, Nixon and the threat of our democracy were being played out live on television and talked about in my history classes including, the Senate hearings headed by Senator Sam Ervin of North Carolina. I remember being told, "We are living in historic times."

So here, almost a half century later from a teenager living during the shady Nixon years to now, a retired teacher living in the Trump years of chaos. From my perspective, historically Trump is our biggest threat to democracy since World War II. I tell people, "We are living in historic times." Years from now, people like my grandchildren will ask older Americans, "Did you vote for Donald Trump?"

I have no doubt that my grandchildren will learn in school and life that Trump threatened our democratic practices and policies domestically as well as with our trusted foreign allies. My grandchildren will also learn about the current Republication senators who abandoned their conservative principles and character for what? These senators have stood in lock step with Trump and have sacrificed their political party for one man, who wants to be an autocrat.

In 1973, bipartisan Republication and Democrat senators came together to cause Nixon's resignation before he was going to be impeached in the Senate. That group of senators during the Nixon years are remembered to this day for doing the right thing.

Silent to act as Trump almost provoked a war with North Korea. Silent to act on any meaningful legislation like rebuilding our nation's infrastructure. Silent to act by watching immigrant children locked in cages at the southern border. Silent to act on the President's attempt to use a foreign power to influence our election. Silent to act on a world-wide pandemic with over 8 million U.S. cases and over 220,000 American deaths (so far). I could go on...

These majority senators have been silent in their duty and are utterly complicit in allowing Donald Trump's lies, high crimes and misdemeanors to go unchecked day after day, for four years. Oh, they did one thing, pass a huge tax cut to the top 1% of rich Americans!

There's a great hashtag for these people and it's called, #WrongSideOfHistory. Back in January, after the Senate turned back the House's impeachment vote against Trump, Jimmy Kimmel tweeted, "This is what the wrong side of history looks like," and used the collage of the fifty-one senator majority at the time below. 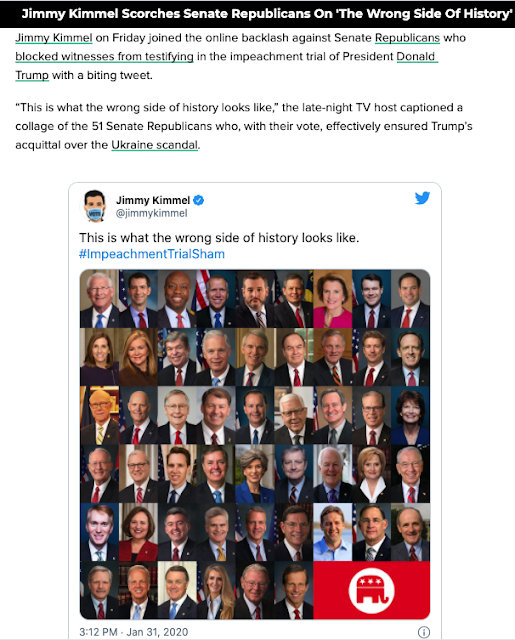 Now fast-forward to Nebraska's Senator Ben Sasse (R) this past week. He participates in an 11th hour confessional town hall phone call with his constitutes trying to play both ends of the game to keep his Senate seat in his re-election bid. Sasse seems to have suddenly found a conscience (maybe thinking of his grandchildren in the future) by looking to slam Trump and possibly save his reputation and seat of power. Here's a short read in the NY Times about his Town Hall titled, Slamming Trump, G.O.P. Senator Warns of a ‘Republican Blood Bath.’ Sorry Ben, you can't be silent for four years and now start talking truth about Trump. You're always going to be stuck with the #WrongSideOfHistory senator gang and here's hoping you go down with the rest of this sinking ship. Even your buddies Ted Cruz, Lindsey Graham, and even ol' Moscow Mitch made statements this past week distancing themselves from the President before his potential loss (Fearing a ‘Blood Bath,’ Republican Senators Begin to Edge Away From Trump).

Last week, my good friend Paul Hobbs sent me an audio file of a song that he had just completed, The Senate A Silent Majority. I loved it! He asked me to make a video of the song that he could post on his YouTube Channel. I made it by largely using Kimmel's graphic above, I don't think Jimmy will mind.

So now enjoy Paul's wonderful new song, and then share it with a friend.

Okay America, time to VOTE and 'fire' the game show host President along with his boot-licking senators that do nothing to help our country and its hard working people. Michael Cohen, Donald Trump's former personal lawyer for ten years is correct, to paraphrase he says, more than anything Trump is a 'con man' just out to enrich himself. Come on people, save democracy, save the country, and let's all get back to the future and leave Trump's sorry ass 'make America white again' shit show behind.
Stay well and stay strong friends. The next couple of weeks and possibly through November are going to be a Dumpty ride with this notorious foul-mouthed fat-shamin' old man and the irony of the things he says, he is. 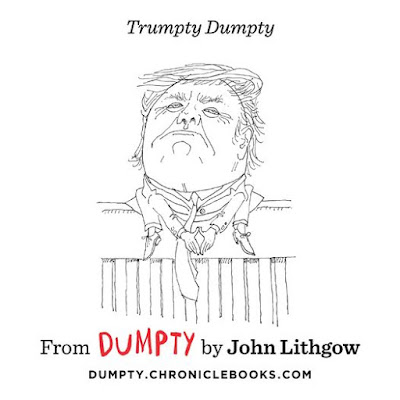 The Trumpy Dumpty Cycle
Note- Here's a good site to track both the Senate Republication (23) and Democrat (12) seats up for re-election, 2020 Senate Race Ratings. 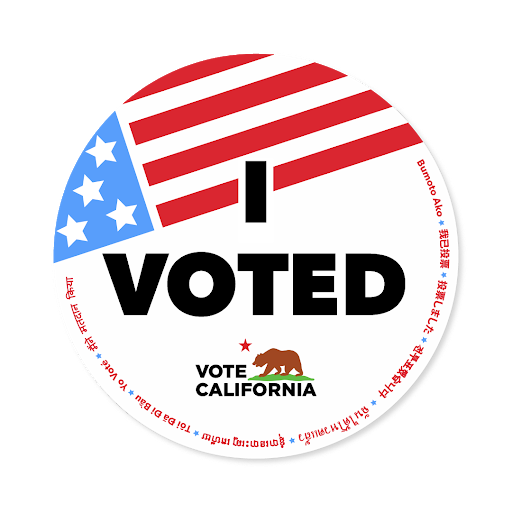 Performing@Home In The Time of Coronavirus: Volume I

Professional performers such as actors, dancers, comedians and musicians spend a great deal of their life in auditoriums, bars, cafes, studios, theaters, and various venues on the road away from their home, family, and friends. As a fan, I miss seeing them all perform live on stage!

As you watch artists video themselves during this pandemic, they work hard to keep a brave face and carry on, but those faces are challenged, missing the audience's oxygen combined with their talent to spark magic and illuminate an amplified space.

So in our current world-wide pandemic that has us all @home more than we could have ever imagined; artists working before a large sitting audience will in fact be one of the last groups of professionals to get back to work in the world.

However, digital technology's ease of use has been a shining light during these times @home. In the past couple of years, the combination of consumer: smartphones, laptops, digital audio and video compression, conferencing apps and 5G Internet speed make this pandemic a bit more bearable... than just a bear.

Here's a great article about Late Night with Seth Myers in Verge by Andrew Marino that shows all of us average bears how to create our very own homegrown production studio.


THE GADGETS LATE NIGHT WITH SETH MEYERS USES TO KEEP THE SHOW RUNNING FROM HOME: Consumer electronics have replaced studios during the pandemic


This past week, I searched across YouTube and found live performances of self-made videos by a wide group of performers all shot from home starting in the lockdown madness of March to now. 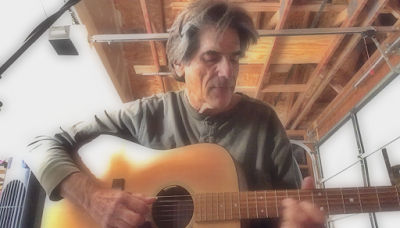 I also want to thank my friend Paul Hobbs for sending me a a video from his garage this week, a song, California written in high school (back in the Pleistocene Era) with our dear friend Paul Tognazzini.

On a side note- you'll also notice some of our famous artists have a little bit more home technology than the average bear.

Enjoy and stay well my friends!