Butch Cassidy And The Sundance Kid - Music and 50th Anniversary 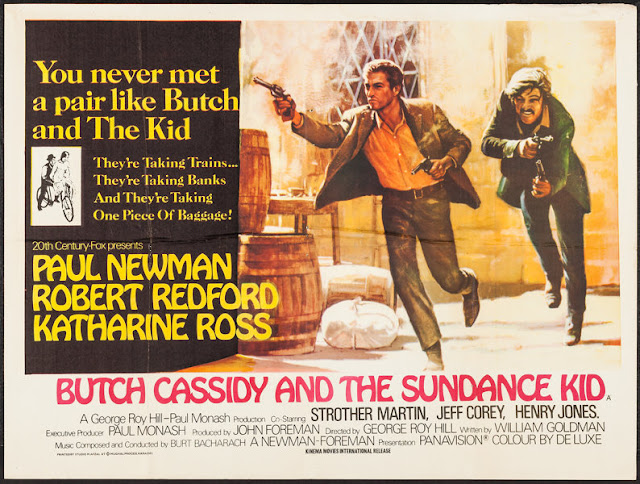 For my last blog of 2019, I'm going back to the 1969 well to celebrate the 50th anniversary of one of my favorite movies of all-time, Butch Cassidy and the Sundance Kid, released October 24, 1969.

As kids in high school, my friends and I would reenact favorite scenes over and over as it instantly became our favorite western. The John Wayne torch of the Western had moved over to a new generation of movie fans that would champion new Westerns like Butch Cassidy and the Sundance Kid and Little Big Man with Dustin Hoffman in 1970. 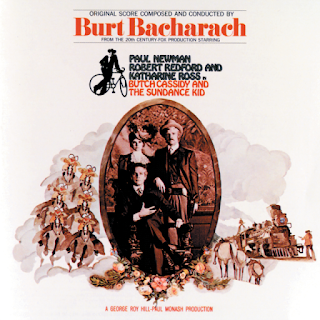 I think what completes this perfect movie of script, cast and direction is Burt Bacharach's music. The score is a masterpiece that breathes so much life into the action and cinematography. For me the highlight of the soundtrack is the South American Getaway montage with Newman, Redford and Ross robbing banks and avoiding the Bolivian soldiers. Unfortunately, I couldn't find a quality video of the sequence but the audio track is classic Bacharach pop that should just take you back to the 1960's and start your Monday Monday with a little pep in your step.

Here is the soundtrack on YouTube along with some selected clips from the movie that made us all want to play and be this trio on the big screen.

Note - The video for Come Touch The Sun is not part of the movie, but thought it added a nice visual touch to the audio soundtrack.

Posted by Doug McIntosh at December 30, 2019
Email ThisBlogThis!Share to TwitterShare to FacebookShare to Pinterest
Labels: 1969, Burt Bacharach, Butch Cassidy and the Sundance Kid