Outdoor Exercise In The Time Of Coronavirus: Who was that masked man?

Four weeks ago,
Mary Kit and I started wearing masks. Oh no not that kind... maybe you thought the former Kindergarten and Pre-School teachers had finally lost it at our #StayatHome... maybe a little too much dramatic play?

No, I'm actually talking about the handmade cloth pandemic face masks people have been crafting at home. We started wearing them while at the grocery store and noticed that several young people avoided making eye contact in the aisles and several older people looked at us with a visible look of distain. 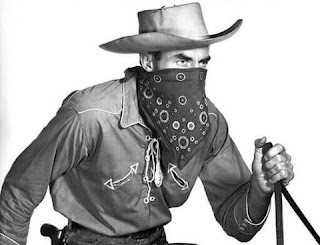 This past week everybody had an assortment of face masks on in the store.

My favorite is the, "Ma'am I'm not robbing a bank bandana, I'm just here for the Noosa yogurt."

Three weeks ago,
Mary Kit and I started wearing our masks on our morning walk together, and me on my run in our urban neighborhood. Only the older people were wearing masks, and no runners or bicyclists had a mask on.

On May 1st,
All San Diego County residents are now required to wear a cloth face mask while out in public. On our walk now we see about 1/2 of the public are following this new requirement. Again, older folks are leading by example, not to mention the fact that many in this age group may have a compromised immune system. We have also observed more women wearing masks at about a 2:1 ratio over men.

Most annoying, is my own running and biking brother and sisters continuing NOT to mask up!


The lyrics above are from the Jimmy Webb song, All I Know (video link), a big hit for Art Garfunkel in 1973. The song came on my phone music app while on a run last week. On that run, I made a parody of that song in my head while passing mostly people without masks.

You don't need a TV shrink or pundit telling you to get outdoors these days. Its simple common sense, we all need to get outdoors, breathe fresh air and exercise for our mental and physical well-being, all the while social distancing.

Wearing a mask is such a drag, and that's something 100% of us can probably agree on. Now if you are a runner or bicyclist, it's beyond a drag, it's a hyperventilation mini sweatbox!

If you are walking outdoors, here is what most people are practicing while wearing their mask. You wear the mask down at your chin in 'ready position.' When someone approaches you from about 25 feet away, you get your mask up and keep it up for 25 feet past you, then pull it back down to your chin. We try to stay 10-25 ft. away from everyone while walking, and will go into the street if needed to avoid people completely. People do the same with us, and we appreciate that so much.

Now more than ever, it is important to have our social skills, and say, "Good morning" and a wave is always good, especially to the adults and kids not wearing masks. 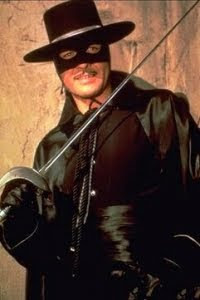 I have no statistical data to back these distances up, it's just my common sense telling me to be cautious in a pandemic and insure the 'aerosol effect' has evaporated- Public health experts like to refer to bigger particles that are heavy and thus fall fast as “droplets,” and tiny particles that evaporate faster than they can fall as “aerosols.” When a virus is transmissible as aerosols, they say it’s “airborne”(Vox). Also, the 25 yards before guideline seems to be a good visual cue for both parties to mask up (if they have one). This has just been my personal experience.

Also, mask up when coming to a blind corner on a street of bend on the trail. People sometimes just appear out of nowhere. 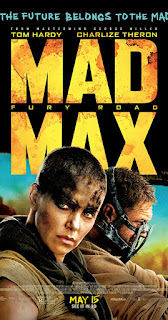 I've discovered that the coronavirus is no time to attempt your PR (personal record) time on your course. Sometimes, I have to go way around people and into the street bike lane, or wait for a mom and her two little kids on the narrowest part of the trail to pass (always happens there). Memo to self- "Relax."

I would like to note that wearing a cloth mask is a little bit like the guys I see wearing those high altitude simulation training masks, you know the ones that make them look like they're in the cast of Mad Max: Fury Road. Since I've started wearing my cloth mask, it's in mask up mode longer and longer every week, and I'm slowly getting a bit faster in my up hill split times. (Update 5/18- I now wear a mask on for my entire run.) I also recommend having Altoids® with you on your run. The peppermint will cool your mouth with the mask on and I swear it has a calming effect while running.

If you are wearing glasses or sunglasses and they fog up in combo with wearing a mask, try Fog Gone, I love it!

Wearing a cloth mask while running is a bit like finding the right pair of running shoes, you have to go through a couple different models before you find the one that works for you.

Now is the mask meant to protect you, or the stranger? 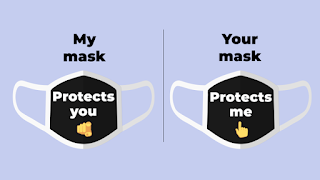 The mask is actually for the stranger. By wearing a mask you are protecting a stranger from catching this crazy virus because you don't know if you have the virus. Most all of us assume we don't. We feel fine, fine enough to get some exercise, so you may ask, "why do I need to wearing a f*#%ing mask, nobody else is?"

So a 'lil shoutout here to the exercising mask wearers! You're simply doing the right thing in trying to protect yourself and the strangers around you! What did your parents tell you, "All you can do is try."

But please, DO NOT pull a Larry David-like scene with the people around you not wearing a mask. People don't like to be told what to do, and your little scolding is only going to backfire and cause that person to go deeper in their resistance to ever wearing a mask- for a stranger.

As a regular runner for some forty-seven years now (Mary Kit editing this, says,"nobody cares"), I thought runner's were kind of a cool breed of human. We smile and wave at each other, give each other the transcendental "good mornin" "howdy," or even a thumbs up as we pass each other.

However in recent weeks, I'm just starting to get an unspoken vibe by all the exercising walkers and dog walkers around me that maybe are thinking these joggers are just a bunch of perspiring pariahs. Here's some observations. 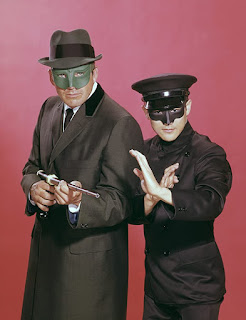 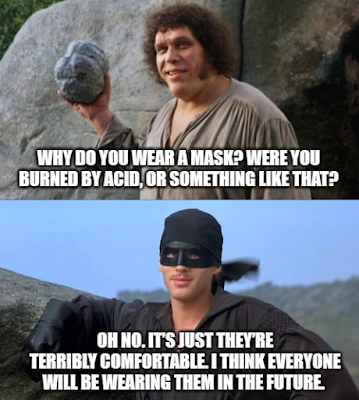 Below is  Seth Meyers to continue, and hit my points right on the head.


Symbol Charades
So why the weird vibe about wearing face masks while on a walk or run? On our walk there's this particular old guy without a mask, who just glares at us when we walk by, no "good morning" here.

In the past several weeks, the masks themselves have seemed to morph into a larger political game.

It's no secret that leaders model the behavior they want others to follow. Again, your parents may have told you, "Talk is cheap, it's what you do that matters."

Now unless you're living under a rock, you've seen the President or Vice President on TV make numerous public appearances at hospitals, factories or large facilities that I personally think would require face masks all around.

So why are Trump and Pence overtly modeling to every man, women and child in America that wearing a face mask at close quarters public events is not important, in fact if you do, you're kind of a pussy. (Maybe a correlation with my 2:1 woman to man mask ratio observation earlier?)

"The decision to wear a mask in public is becoming a political statement — a moment to pick sides in a brewing culture war over containing the coronavirus. While not yet as loaded as a “Make America Great Again” hat, the mask is increasingly a visual shorthand for a debate pitting those willing to follow health officials’ guidance and cover their faces against those who feel it violates their freedom or buys into a threat they think is overblown." (NBC)

I also think it's coupled with "The Donald's" narcissism and old world political machismo bullshit where both Trump and Pence need to be SEEN as 'tough leaders' - nothing to worry about little sheep, this soon shall pass.

It's time for these two to man up! Wear the damn mask in public social distancing situations so that millions of Americans will follow your lead, and save some lives.
Mask up motherf*#%ers. 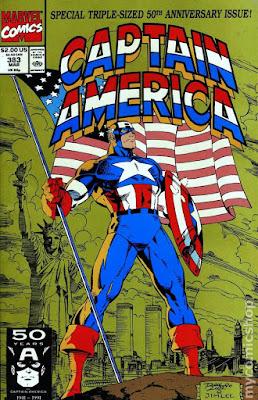 Of all the stuff I've heard about masks in this pandemic, an elderly woman being interviewed on the news said it best, "Is wearing a mask around town more uncomfortable than being on a ventilator in an ICU at the hospital?"

My Born To Run - Runner's Playlist
I've presented this before in my Team Tortoise blogs, but I've updated it again this week and think it might spark that bounce in your steps. Stay well my friends!

and, Rest in Peace Little Richard.

Born to Run - Runner's Playlist on Spotify - Thanks to Paul Hobbs! 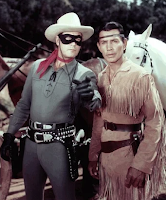 "Who was that masked man?"
The allusion to the masked man refers to the question often asked at the end of an episode of The Lone Ranger, a radio and television program featuring a vigilante cowboy, popular from the 1930s to the 1950s.
–Library of Congress