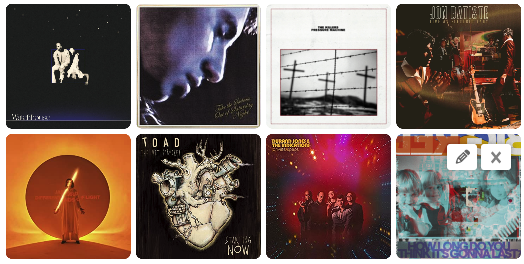 I've been tempted to rebrand my Monday Monday Music™ name several times since I started this blog in 2015. Did I write myself into a corner by having to publish every Monday or on a Monday? Should I have used my own name to brand myself? But, I always come back to sticking with Monday Monday Music as it's taken me this far with a dedicated reader and playlist listening base.
Now when it comes to bands, a name change after some success can be a risky venture. I know this happens, but I'm only coming up with one example from the past. I remember 'The Nitty Gritty Dirt Band' going through a short phase of calling themselves, 'The Dirt Band.' I think they quickly went back to their OG name once they realized the nitty gritty of the situation.
Naming of the most famous band-

By January 1959, Lennon's Quarry Bank friends had left the group, and he began his studies at the Liverpool College of Art. The three guitarists, billing themselves as 'Johnny and the Moondogs,' were playing rock and roll whenever they could find a drummer. Lennon's art school friend Stuart Sutcliffe, who had just sold one of his paintings and was persuaded to purchase a bass guitar with the proceeds, joined in January 1960. He suggested changing the band's name to 'Beatals,' as a tribute to Buddy Holly and the Crickets. They used this name until May, when they became the 'Silver Beetles,' before undertaking a brief tour of Scotland as the backing group for pop singer and fellow Liverpudlian Johnny Gentle. By early July, they had refashioned themselves as the 'Silver Beatles,' and by the middle of August simply 'The Beatles.' (Wikipedia)
Now The Beatles, did all this name swapping before they really had any real name recognition. Personally, (and please Beatle fans don't burn me at the stake here) but I've never liked the name, 'beat' pun and all. Anyway, The Beatles did start getting name recognition in 1960, stuck with the name, and the rest is history as they say. 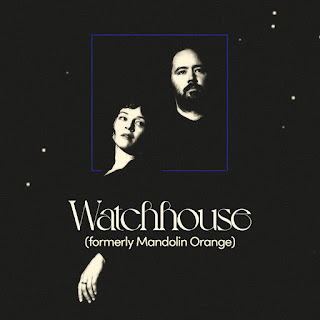 That brings me to one of my new favorite bands of the past several years and featured in the new music playlist this week, Mandolin Orange. The name 'Mandolin Orange' is pure Americana genius and one of my favorite band names in memory.
However, this past year the Mandolin Orange duo of Emily Frantz and Andrew Marlin changed their name to, 'Watchhouse.'
You can read the link article above for their name change and maturation as artists, and it all makes perfect sense, it's their band, period.
Personally, as a fan I'm not digging it so much. Honestly when I first heard the name, I thought of teenage slasher movies like, I Know What You Did Last Summer, or The Hills Have Eyes. I'll just forget my images of Jamie Lee Curtis, Neve Campbell, and Jennifer Love Hewitt, sorry.
Watchhouse with their self-titled new album, Watchhouse is a very good album from a very good band. If you're into acoustic guitar, mandolin and harmony look no further than Watchhouse (tagged for awhile as, "formally Mandolin Orange"). I think I'm now cured of my blog name change game I play in my head.
Featured Artists And Bands On This New Music Playlist (A-Z)
Posted by Doug McIntosh at August 30, 2021
Email ThisBlogThis!Share to TwitterShare to FacebookShare to Pinterest
Labels: #NewMusicMonday, Big Red Machine, Bleachers, Brett Dennen, Jade Bird, John Batiste, Mandolin Orange, The Killers, Toad The Wet Sprocket