It had been on my mind for about a month to buy Keith Richards' autobiography, Life. So I dropped into a book store in San Diego and found a copy that I thought would be a fun read for my upcoming flight and vacation in Seattle. The book in fact had remained in my backpack until the sad news of Charlie Watts death on August 24th. With that event as my kickstart, I began reading it the next day and it's been hard to put down. I don't remember the flight back home as I was completely absorbed into it until touch down.
Here's a passage from Keith Richard's Life (2011).
If it hadn’t been for Charlie, I would never have been able to expand and develop. Number one with Charlie is that he’s got great feel. He had it then, from the start. There’s tremendous personality and subtlety in his playing. If you look at the size of his kit, it’s ludicrous compared  to what most drummers use these days. They’ve got a fort with them. An incredible barrage of drums. Charlie, with just that one classico setup, can pull it all off. Nothing pretentious, and then you hear him and it don’t half go bang. He plays with humor too. I love to watch his foot through the Perspex. Even if I can’t hear him, I can play to him just by watching. The other thing is Charlie’s trick that he got, I think, from Jim Keltner or Al Jackson. On the hi-hat, most guys would play on all four beats, but on the two and the four, which is the backbeat, which is a very important thing in rock and roll, Charlie doesn’t play, he lifts up. He goes to play and pulls back. It gives the snare drum all of the sound, instead of having some interference behind it. It’ll give you a heart arrhythmia if you look at it. He does some extra motion that’s totally unnecessary. It pulls the time back because he has to make a little extra effort. And so part of the languid feel of Charlie’s drumming comes from this unnecessary motion every two beats. It’s very hard to do — to stop the beat going just for one beat and then come back in. And it also has something to do with the way Charlie’s limbs are constructed, where he feels the beat. Each drummer’s got a signature as to whether the hi-hat’s a little bit ahead of the snare. Charlie’s very far back with the snare and up with the hi-hat. And the way he stretches out the beat and what we do on top of that is a secret of the Stones sound. Charlie’s quintessentially a jazz drummer, which means the rest of the band is a jazz band in a way. He’s up there with the best, Elvin Jones, Philly Joe Jones. He’s got the feel, the looseness of it, and he’s very economical. Charlie used to work weddings and bar mitzvahs, so he knows the schmaltz too. It comes from starting early, playing the clubs when he was really young. A little bit of showmanship, without himself being the showman. Bah-BAM. And I’ve got used to playing with a guy like this. Forty years on, Charlie and I are tighter than we could express or even probably know. I mean, we even get daring enough to try and screw each other up sometimes on the stage. Richards, Keith. Life (pp. 121-122). Little, Brown and Company.
This got me thinking about the two greatest bands of all-time, The Beatles and The Rolling Stones. As young bands, both had all the players except they lacked a really good professional drummer. I find it very interesting that both picked guys who were very similar in their simple straight ahead style of playing the drums. Ringo Starr and Charlie Watts were not showboats, but they were the anchors.

•••
As kismet would have it, I started program surfing in Netflix last week and stumbled upon, Count Me In. This is a 1 hour and 21 minute documentary on the history of some of rock's greatest drummers. Both Charlie and Ringo are featured and I recommend it.
The best quote from Count Me In is from Joe Strummer of The Clash, "The rule of rock 'n' roll says, 'You're only as good as your drummer.'"

•••
And kismet². Last Friday, I'm watching the second season of Modern Love on Amazon Prime. After I finish an episode, Amazon's AI suggests I watch the 2019 documentary on The Rolling Stone's original bass player Bill Wyman (from 1962-1993), The Quiet One. It was perfect timing watching this documentary for the second time as it filled in several key holes missing so far from Keith Richards' Life. I'm a little more than half way through Life as I write this, and it seems Bill Wyman has been mentioned like only three times so far! "Keef" does mention in his book, and also in The Quiet One how solid the rhythm section of the Stone's became once Bill Wyman and Charlie Watts started playing together. Up until that point, Richard's wanted Wyman only for his amp! What a complete group of characters, and as it turned out, the enduring band for the ages!
The Stones' will be starting up their 13 date U.S. 2021 No Filter Tour beginning September 26th in St. Louis with drummer (and long-time collaborator with Keith Richards) Steve Jordan sitting in for Charlie. 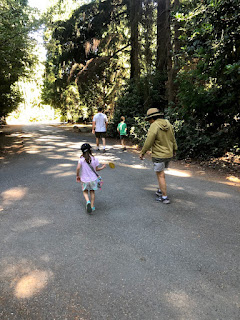 When in West Seattle, I try to get to Lincoln Park. I usually can get (con) the family to go for a walk or play on the playground equipment (they have two great kid friendly zip lines), while I take off for a run on the trail that leads down to the water, and then loops back up to the trail again.


As luck would have it, a couple of Stones' songs came on during the run and seemed appropriate to complete this mix of songs.


Stay well my friends, and mask-up at public indoor locations, again. The folks in Seattle know how to do that very well!
Artists featured this week. 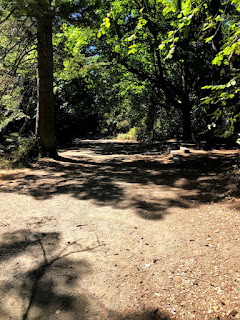 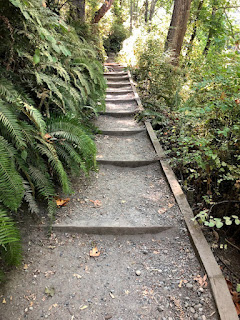