Still.
The above political cartoon was published on March 29, 2017 in The New Yorker when Donald Trump was President. But, and a BIG BUTT it is, he is still the center of the Republican universe and thus, the #1 topic in our political midterm season.
I will now make a prediction. In fifty years from now and beyond, Donald Trump will still be a central subject theme in print, TV and movies that will only be matched by World War II in the sheer volume of material. If it's not hard to imagine a new movie coming out about WWII, just picture the same for The Man Who Would Be King that your grandchildren will ponder, why is Trump still a thing? After writing that last sentence, I'm sure hoping they are NOT pondering about Trump... because 50 years from now, if there's a confederate-like statue of him in every American city... America is... 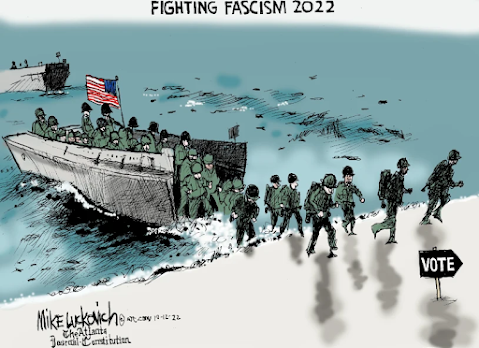 So it's going to be close. Historically, most midterm elections favor the opposing party of the current President. Trump's influence in a divided nation works both for and against him. However, combine Trump's clown car with the ongoing brilliance for Republicans to mobilize their money and base to raise my anxiety level in races too close to call. With the proverbial 4 point margin of error in polling, I'm increasingly afraid for the authoritarian wave that continues to build. Meanwhile, will the sleeping giants of young people and suburban women bring it home for the Dems? Like I said, I'm afraid. 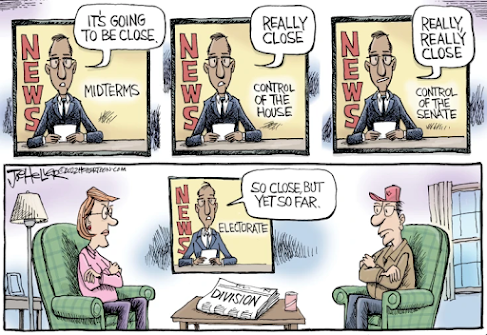 Remember, this blog is my personal opinion. I'm a liberal Democrat in my heart and a mindful centrist Democrat when it comes to voting. Fifty years ago (at 17), I witnessed the folly of Democrats putting up too liberal of a candidate in 1972, and then years and years of weak candidates running against equally weak Republicans, only to lose. If there's hope for Democrats it's putting up moderate candidates like Tim Ryan in Red State Ohio. If Tim Ryan wins, that's a working person's recipe for success against Trump Fascism.
So keep in mind, if a candidate EVER calls themselves a "Democratic Socialist," they're at best only going to win locally in a district, maybe regionally in a small left learning State. In a Presidential election, forget about it. To paraphrase a famous Beatle, But if you go carrying pictures of Bernie or AOC, you ain't going to make it with anybody anyhow. 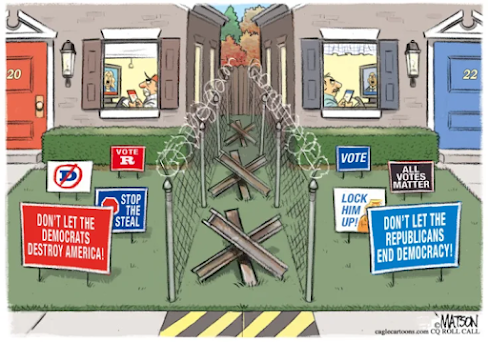 Since 2020, I would never engage with a Trump follower, the cult of personality is just too far gone to discuss policy and issues with these folks. At this point, it's just a waiting game of attrition. However, I do follow former Republicans in the media. I listen to their point of view to try to find common ground in what makes us all Americans. What has emerged from all the talking points from both the left, center and right is that there is "potential" for one big issue to eventually bring us together. 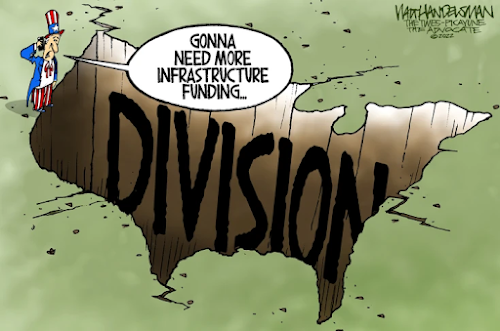 If there is ever to be a post-apocalyptic Trump politic, we as Americans need to look no further than our national infrastructure to bring us together. Infrastructure is literally connected to all the hot topic issues of the day including, but not limited to: the economy, energy, climate change, national security, transportation, and democracy itself. 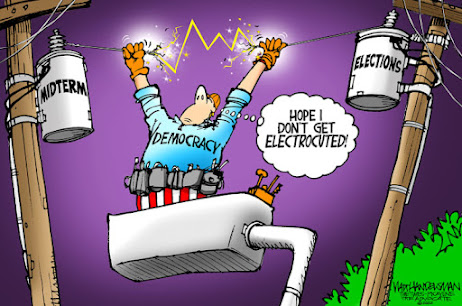 As a nation, we are slowly structurally falling apart. It's a simple fact, we've needed a national plan and strategy for our local, state and national infrastructure for several decades now.
How about as Americans, we take the sad song know as our electrical grid and make it better. Let's just start by doing that one thing together and make our national electrical grid work for the 21st century as we approach the quarter century mark.  Please, can we start and do one thing together as Americans like we used to? No wonder we keep making WWII movies. BTW have you seen the movie Greyhound with Tom Hanks on Apple TV+? Great movie. 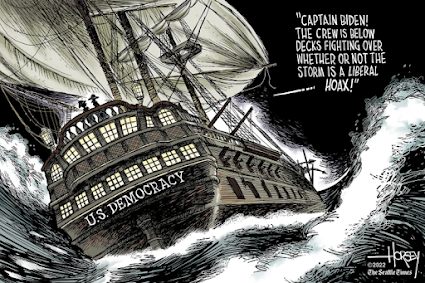 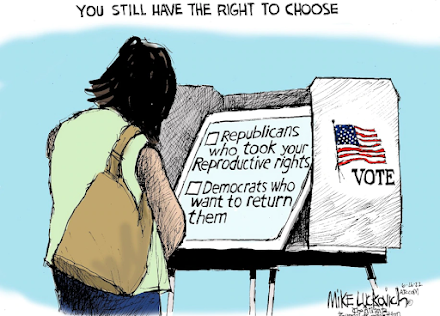 Well here's a little midterm election playlist mix of everything- hope, despair and in the end, keeping your own sanity. Still. 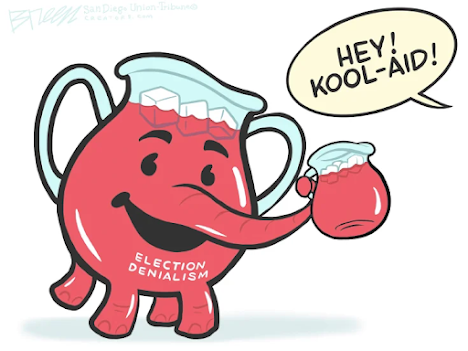 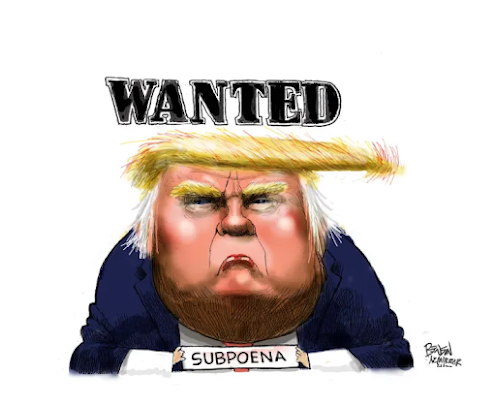 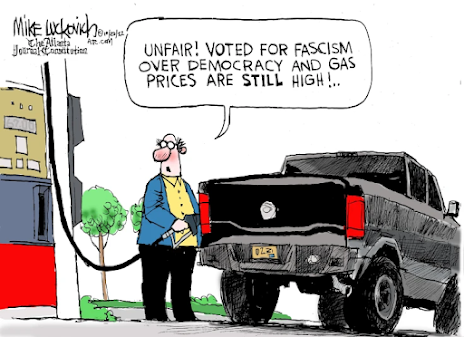 Posted by Doug McIntosh at November 07, 2022
Email ThisBlogThis!Share to TwitterShare to FacebookShare to Pinterest
Labels: The Midterms