The Covers Series: Interpretation and the "Traditional Folk Song"

The Covers Series:
When your favorite band covers a classic tune, their version is their interpretation — their translation — of the music. Is it better than the original? That's up for interpretation. Vocabulary.com 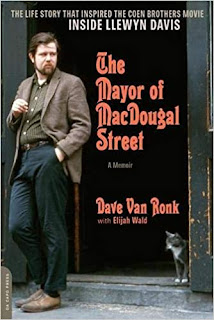 I got inspired to start this covers series after reading The Mayor of MacDougal Street, a memoir by folk singer, Dave Van Ronk.
Dave Van Ronk was born in Brooklyn in 1936.  He moved to Greenwich Village in the late 1950's to be a Blues musician which evolved into him being a folk singer as "The Village" became the epicenter for the new folk revival. Early 1960's famous folk revival acts included The Kingston Trio, Peter, Paul and Mary, and Joan Baez.
Van Ronk besides being a larger than life character to all that knew him, also became Greenwich Village's resident music historian who would experience first hand the transition from —"traditional folk songs" performed and passed down over the years — to the singer-songwriter movement starting in the mid-1960's.
Like most things in life, music starts with copying. Musicians learn their craft by first learning songs written by others, often people they admire and want to emulate.
As musicians develop their skills over time, they progress from playing someone's original song to building from it — adapting and adding lyrics and/or composition to create a new version of the song, and thus the phrase, "Steal like an artist." What famous musician hasn't said in an interview at some point, "Yeah, I took that lick from________," as both traditional and contemporary popular songs serve as the musical foundation to become completely new songs.
In the 20th century, the term, "cover" gained usage as sheet music became published to the masses, recorded music was sold on records, and copyright law was implemented.
However, passed down traditional folk songs without an original author were an easy choice with no permissions necessary to record a song, and with the added benefit of not paying out any royalties.
Here's one such famous example of a traditional song passing through several hands, The House of the Rising Sun. Now this traditional song has been recorded by many artists, starting with Roy Acuff in 1938, then Woody Guthrie (1941), Josh White (1942), Lead Belly (1944), Pete Seeger (1958), Joan Baez (1960), Nina Simone (1962), and even Dolly Parton (1981) to name a few. 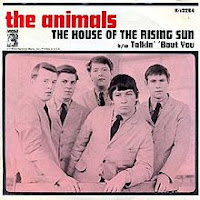 But in giving Dave Van Ronk his due (from someone many have never heard of), he revived the song with his own arrangement and began performing it in the coffee houses of Greenwich Village around 1960. It is Van Ronk's arrangement that you've possibly heard by Bob Dylan on his self-titled first album in 1962 (Dave called him Bobby), and then most famously by The Animals version in 1964.
So let's start with Dave Van Ronk's version first and picture a very animated performer singing his crowd favorite to a bunch of drunken patron's in a hole in the wall club in The Village.
Now let's hear Bob Dylan's version, building off of Van Ronk's arrangement.
And now, the rock 'n' roll #1 Billboard hit (also based on Van Ronk's version ) by The Animals, who were influenced by Bob Dylan.
Side Note- The Animals' keyboard player Alan Price took song credit (Traditional, arrangement by Alan Price) and got all the songwriting royalities for their #1 hit which in fact started the bickering and breakup of the original group shortly after.
And, here's a film clip from the Bob Dylan documentary, No Direction Home that brings this song full circle, and gives an often uncredited Dave Van Ronk, a little satisfaction.
Traditional folk songs from centuries past to contemporary popular songs have a rich history performed by people as Dave Van Ronk would say are, "best known for interpreting material written by others."
This series in the weeks, months and even years ahead, will explore covers from amateur to famous song "interpreters," and also, the singer-songwriters themselves paying homage to the writers that influenced their work, and put food on their table.
Many of the famous stars we know and love started from humble beginnings. Struggling artists, often without much money, performing covers in bars, cafes, restaurants, and small venues for tips and little pay, just trying to scratch out a living. Young artists like Bobby Dylan, slowly slipping in his own material and honing his craft like all the ones before, standing on the shoulders of the traditional folk song. Now Dylan is one of the giants, if not thee giant, with an untold number of individuals, artists and bands covering his songs everyday.
The circle of song is unbroken, like the musical iterations of an infinite Slinky®.
In 1964, Bob Dylan performed his new song, Mr. Tamborine Man at the Newport Folk Festival, leading the transition from traditional to contemporary folk. (Note- Happy 80th Birthday today Mr. Dylan!)
A year later in 1965, The Byrds would arrange and electrify Mr. Tamborine Man into jingle-jangle Folk rock as popular music would evolve into new cycles of songs interpreted from the foundations of folk.
My peers and I could not get enough. Rock 'n' roll with all its influences was here to wash our souls.
Hey, Mr. Tambourine Man, play a song for me
In the jingle jangle morning I'll come following you
Posted by Doug McIntosh at May 24, 2021
Email ThisBlogThis!Share to TwitterShare to FacebookShare to Pinterest
Labels: The Covers Series