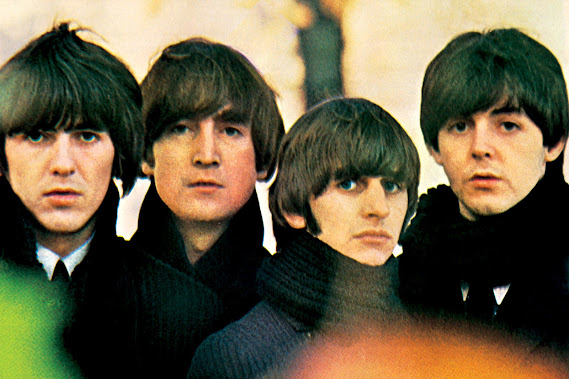 When your favorite band covers a classic tune, their version is their interpretation — their translation — of the music. Is it better than the original? That's up for interpretation. Vocabulary.co

Crawling to walking, walking to running. I always thought the term 'singer-songwriter' was backwards. Doesn't one first write a song, then sing it in front of an audience? Yes but, songwriting to singing only comes with much time and practice.

It's called singer-songwriter in that order because writing musicians always start by singing other people's songs.  Young songwriters have been always inspired by songwriters before them, giving budding tunesmiths the motivation and confidence to sing and play in front of an audience by initially using the voices of their heroes.

All rock 'n' roll bands start as a cover band, crawling out of the basement or garage, then performing in a dive bar, club or community center to begin their journey. My favorite band, The Beatles did the same as you can see from this extensive List of songs covered by The Beatles.

In the weeks ahead I'm planning to do a Beatles Covers • Vol. I post that will include both professional and amateur artists and groups performing Fab Four tunes.

I'm also planning a Dylan Covers • Vol. I post. He's probably has the most covers of any artist or group simply because he is the great Bob Dylan who has been such a prolific songwriter since the early 60's, and is still going strong (along with Paul McCartney). I personally love young people performing the masters, it's such a wonderful circle of music.

Here in this Volume One, I would like to feature a mix of my favorite singer-songwriters performing covers, including covers turned into big hits of their own.

Got you covered this week, enjoy my friends!

Resource
Posted by Doug McIntosh at July 12, 2021
Email ThisBlogThis!Share to TwitterShare to FacebookShare to Pinterest
Labels: The Covers Series